The numbers tell the story. Just three years ago, G6 Hospitality LLC, the company behind the iconic Motel 6 brand, renovated 40 properties across the nation. Last year, the total number of renovations jumped to 300. And, the company plans to finish the comprehensive update of its network of more than 1,100 motels by late 2016. It’s a rapid revamp, spurred by G6’s acquisition by a larger firm, and there to see it through from the beginning has been Kristin Taylor, the company’s executive vice president of real estate, design, and construction.

Born and raised in Dallas, Taylor joined G6 (then owned by Accor) in 1998 after studying finance and banking at the University of Arkansas and working as a controller for ClubCorp. Starting in 2008, she began leading a team of talented professionals in an effort to update Motel 6’s corporate and franchise locations while maintaining the brand’s long-standing identity. “We’ve always been really focused on great value and being the lowest price of any national chain,” Taylor says. “We wanted to update our properties and still provide the consistent delivery of a clean, comfortable room that meets any traveler’s needs.”

Taylor and her team started out by making targeted renovations across the nation, which she says “diluted the overall effectiveness of the project.” The pace of the work changed dramatically in 2012, though, when Blackstone Group LP took over ownership of both Motel 6 and its extended-stay counterpart, Studio 6. On the day the $1.9 billion deal was finalized, Blackstone’s global head of real estate, Jonathan Gray, and its CEO, Jim Amorosia, said they would attempt to double the brand’s domestic network and also venture outside of the United States.

In an effort to bolster their brand’s reputation and increase its visibility, the new owners issued a mandate to accelerate all renovations. “We were moving slowly, and our customers didn’t perceive us as a renovated network,” Taylor says. “Blackstone saw a huge opportunity to build something bigger and encourage franchisees to invest and expedite the renovation of the brand to bring the new look across all properties.” In the year following the acquisition, G6 updated 95 corporate and 150 franchise locations.

Taylor and her team spent more than two years in the design phase to rethink and recreate the Motel 6 prototype. They hired Priestmangoode, a London-based design firm with a knack for building small, multifunctional spaces, and then solicited consumer feedback. The process was extensive. “We even built a white version of the room to make sure color wasn’t biasing any feedback,” Taylor says.

The research generated a final design known as Phoenix. Simultaneously stylish and efficient, Phoenix features wood-effect flooring, natural light, a settee area, and a flat-screen TV. A platform bed with storage underneath maximizes space, and an entertainment unit hides a doorless wardrobe. The contemporary bathroom includes dark granite and a raised vanity. In 2010, Travel + Leisure recognized the Phoenix prototype with a Best Large Hotel design award.

Starting in 2012, Taylor and her team leveraged best practices from their new sister companies, developed closer partnerships with suppliers and contractors, and crafted a market-by-market brand-overhaul strategy that started in San Diego and California’s Bay Area. From there, it moved on to Austin, Texas, and then to new markets in the Northeast and Mid-Atlantic regions. In 2014, the company concentrated on Los Angeles, Florida, and the Pacific Northwest. This year, Taylor intends to focus on the Mountain West so that the work is completed by 2016—even as Motel 6 continues adding franchise locations at a fast pace.

Renovations were once scheduled for the first and fourth quarters of the year, when business was slow, but the new, wide-scale update is a year-round ordeal, and that makes considerations regarding matters such as construction time and revenue impact much more critical. Taylor has worked to alleviate associated problems by communicating with property managers and franchisees to get them fully aligned and trained regarding what to expect and how to work differently in the postrenovation phase. A motel worker no longer needs to use vacuums to clean rooms, for example, because they now have wood-effect floors, and because the bathroom sinks are now made of granite and require a different type of care. “We’re giving operators a whole new product,” Taylor says.

She and her colleagues created a “capital-infusion team” comprising associates from executive leadership, operations, procurement, pricing, training, and other departments to walk property staff through expectations and procedures before, during, and after each renovation. And, her team also completes financial calculations to determine the optimal time to renovate in each market. Each renovation plan is specific to its location, and though it was once left to each contractor to decide certain specifics, G6 now dictates how many rooms to revamp at once based on factors such as market demand.

The overhaul initiative is helping G6 meet and exceed traveler’s expectations in markets throughout North America. “What we’re doing as a brand raises the level of consistency so [that] all properties have the same high level of product delivery to our guests,” Taylor says.

Taylor has now been busy for several years, and she expects her schedule to stay full. G6 has its sights set on franchise growth: it hopes to push into various Mexican cities in 2015, and it’s also looking to move into core urban markets instead of only targeting highway-adjacent properties. A new franchise location in the Long Island City neighborhood of New York, for example, is targeted for opening in the third quarter of 2015 and will entail the conversion of a warehouse into a trendy loft space. Such moves will only reinforce the company’s promise to deliver great value, cleanliness, and comfort on a grand scale. 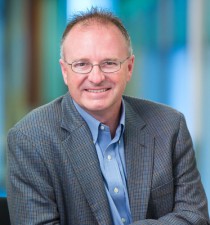 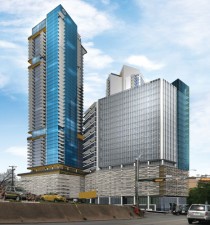 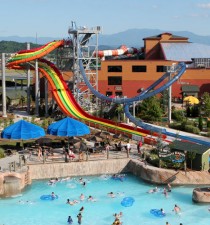 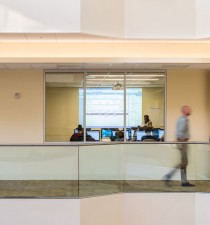