The newly reorganized ABN AMRO needed to make a splash with its New York offices. If the bank from the Netherlands was to be a success in the United States, it would need a launching pad—a well-designed space aligned to the organization’s unique culture and tailored to both American and Dutch employees. Fortunately, ABN AMRO found an ally in Janko Rasic Architects, PLLC. Partner Timothy Rasic says his boutique firm specializes in workplace design and has a long history of working with international banks and foreign governments. “We customize our approach to the client and have a deep appreciation of different cultures,” he explains.

Rasic’s father and the firm’s founding partner, Janko Rasic, was born in Croatia, speaks five languages, and married a woman of Dutch descent. Because of him, the younger Rasic grew up in and around the field of architecture and gained valuable experience in construction and real estate that he says gives him holistic insight into the business of design.

After a real estate broker introduced the two parties, Janko Rasic Architects completed an interview phase with ABN AMRO and won the job to design the former’s New York offices in 2009. Then, Rasic himself stepped in to help ABN AMRO select the perfect location. “The Dutch are very particular about natural light,” he says. “That was one of the most important requirements.” Finding an acceptable location where light could penetrate deep into the building’s core was especially challenging in New York City, but a setback floor of a Park Avenue tower with an irregular floor plate and a high ratio of perimeter windows to internal space solved the problem.

With the site selected, Rasic worked closely with ABN AMRO personnel to build the project’s concept and palette. “They wanted a dynamic space that would accommodate growth over time,” Rasic says, so he focused on creating a flexible and luminous environment with collaboration in mind. Each perimeter office includes glass partitions that bring light into the workplace’s interior spaces. Traditional banks build compartmentalized work spaces with high-walled cubicles, but ABN AMRO asked for more-social work zones with open benching systems—a mandate that Rasic says became more important over the course of the project’s three phases. In fact, the floor plan became so open that Janko Rasic also designed and built specialized call booths for employees who need to have private conversations.

The first phase, Floor 17, included a reception area, a mix of open work space and private offices, and the bank’s trading floor. There, Rasic and his associates decided to step the ceiling, with the highest point on the south end, and they installed ceiling clouds with pendant lights that reflect soft light down on occupants. Between each cloud, the exposed slab and visible ductwork create an industrial aesthetic. An open café space, facing a green roof, designed with a blue canopy, and built without doors, became the floor’s de facto meeting space, beckoning workers looking for a break or a conversation around a long bar-height counter.

As the bank grew, additional space became necessary. Two more floors, 23 and 24, now include open work zones, similar cafés with identical blue accents, and touchdown stations for temporary visitors from abroad. Janko Rasic also removed perimeter convectors on these floors, creating additional floor space that allowed workstations to be pushed right up against exterior windows. And, the firm kept mechanical systems and large ductwork—concealed above acoustical tile—tight to the building’s core, allowing for higher ceilings along each floor’s perimeter.

RECEPTION DESK
Custom made, clad with Corian in Glacier White, by Dupont

FLOORING
Architech tiles in Forest with a matte finish, by Floor Gres

CANOPY
Custom made with interior translucent honeycomb panels and aluminum channels, by Panelite

BAR AND COUNTERS
Custom made, clad with Corian in Glacier White, by Dupont

FLOORING
Architech tiles in Forest with a matte finish, by Floor Gres 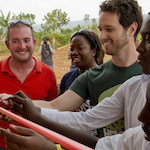 Above the Bottom Line 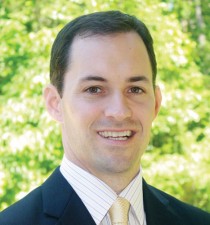 First Louisiana, Then the World 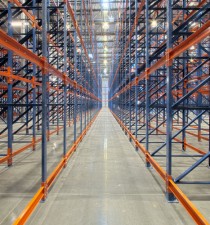 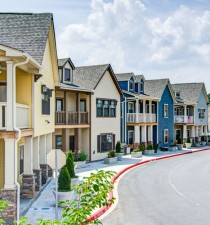