Like any restaurant worth its salt and pepper, Native Foods focuses first on what it’s feeding people. The chain stands out in the fast-casual sector with a scratch kitchen in each of its locations that makes all its own sauces, dressings, desserts, and drinks on-site daily. It makes seven different varieties of seitan and is the only chain in America that makes its own tempeh. It also adds new specials to its menu monthly and updates the menu entirely three times a year to prove that a vegan eatery can offer just as much variety as any other. “We’re going after flavorful food since most of our guests are not vegetarian,” Dolan says. “Most of them just eat with us because they like our food.”

To help catch the interest of those who might be less familiar with the chain or with vegan offerings in general, Native Foods is also committed to local engagement. Its locations offer free cooking demos and work with community gardens and animal shelters, and they tap area artists to create their interior artwork. Newer locations are also LEED-certified. And, on a national level, the chain has long-term partnership agreements with organizations such as the Surf Rider Foundation, Mercy For Animals, and Farm Sanctuary.

Dolan and his team are currently looking to expand into up to 10 cities, the ultimate goal being to have 200 locations by decade’s end. When choosing one city over another, they first find three locations they want to open within six months. “If we don’t have three that we like, we’re going to walk away from it,” Dolan says. This happened recently in Philadelphia, when Dolan’s team thought it was in leasing negotiations for three spaces and the deal for the downtown location fell through at the last minute. Instead of going ahead with the other two and finding a replacement, the team remained disciplined and walked away from all the projects.

In addition to considering a new location’s demographics and real estate logistics, “we also like to pride ourselves in looking at different opportunities and unique spaces,” Dolan says. “None of our stores look alike.” A favorite location of both patrons and the company is located in Costa Mesa, California; it’s in a yurt. Also, not long ago, the company tried for months to put a location in an old townhouse in Washington, DC, but ultimately it didn’t pan out. “We like funky,” Dolan says. “Whereas most fast casuals would say, ‘No, that’s not our cookie-cutter space,’ we’ve spent months and months trying out cool spaces that we’ve ended up not being able to do, but we like that.”

Native Foods currently has no plans to open itself up to franchising, so Dolan spends much of his time being a brand ambassador and finding other people and managers who are passionate about Native Food’s mission to “Change The Way America Eats.” He and his team want to open restaurants as fast as possible, but they know it’s important to first find the right people and the spaces that best fit the brand. 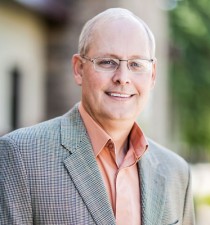 “Older folks deserve to be active and engaged” 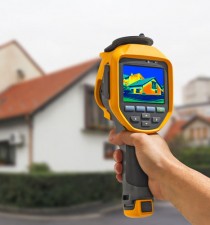