Within an hour or two’s drive of many larger cities, developers have capitalized on people’s urge to temporarily escape the urban with resort towns. Few people know the strategy better than Pete Helland Jr., whose family has spent the past 80 years building a tourism and resort empire in Wisconsin Dells, now dubbed “the water park capital of the world”—just a short drive from Chicago and Milwaukee.

Helland Jr. and brother Pat Helland, along with cousin Tim Lucke and business partner Tim Gantz, are this year expanding their business, Stand Rock Hospitality, beyond Wisconsin for the second time. Their new $163 million resort in Pennsylvania’s Pocono Mountains, within two hours of New York City, is called Camelback Lodge & Aquatopia Indoor Waterpark, and it will open this spring after about a year of construction and several years of planning. Every project is exciting, Helland Jr. says—not many people get to make places where families go to have fun, after all—but this one’s amenities will dwarf those of the company’s past jobs.

Camelback Mountain, owned by Ken Ellis and Arthur Berry III, has been popular for skiing and some summer activities—such as swimming in its adjoining outdoor water park—in years past. But, the wave and waterslide fun there has always stopped during the colder months. Ellis and Berry teamed up with Stand Rock Hospitality to change this, offering a year-round water park resort that has 453 rooms and suites.

The location rises from the base of an existing ski mountain, just a few steps from the lift. So, at the end of the day, guests will be able to ski directly up to an outdoor-indoor bar and eatery. “It’s really convenient,” says Helland Jr., himself a skier. “It’s a major guest amenity.”

The Aquatopia Indoor Waterpark will be heated in large part through solar gain; its roof is made of Texlon, which allows 75 percent of sunlight to come through. And, the water in the indoor park will be thoroughly scrubbed and recirculated so as not to impact the area’s municipal supply.

Camelback received $11 million in tax increment financing from a nearby local government to help fund the project, Helland Jr. says. And, Stand Rock has estimated that, in return, Camelback will permanently employ about 400 people—half of whose jobs will be full-time.

Formerly known as Waterpark Ventures Management Services, Stand Rock is a unique hospitality firm, Helland Jr. says, because it stays with a project from its genesis onward. Not only do Hellend and his partners and staff propose resort concepts, but they do the development work (finding financing, planning architecture, involving local officials), they oversee each project’s construction, and finally they own and manage the resulting properties. It’s an older style of doing business, Helland Jr. says, and to locals, it makes it more clear that he and his colleagues have an interest in the long-term success of the property.

1950s–1960s: Helland Sr. and his sister Virginia Helland Lucke expand the family business to include mini-golf, an outdoor water park, and an amusement park

2015: Camelback Resort in the Poconos opens with the largest indoor water park built in a single phase

He was working with his family’s property, and he says, “First there were outdoor public-admission water parks. Then there were resorts with outdoor water park amenities, but even they had a 100-day season.” To extend the water park season, Helland Jr. says, he and his partners started putting a roof over the water park amenities. “But, as we expanded and others expanded around us, it kind of blossomed into its own concept,” he says, noting that families began seeking out indoor water parks specifically.

In the 20 years since, indoor water parks have changed how—and when—families plan a trip to Wisconsin Dells, and the area’s economic impact has tripled from $300 million to $900 million, Helland Jr. says.

His family history in Dells tourism goes back more than a hundred years, but Helland Jr. has his own history in the city, too. “I used to pilot tour boats and drive amphibious vehicles—the ones that drive along land and turn into a boat,” he recalls. Working in his family’s tourist spots, he says, “I learned the importance of customer satisfaction and how to deal with competition.” 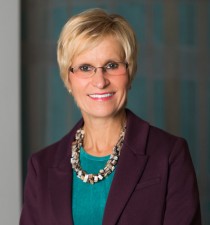 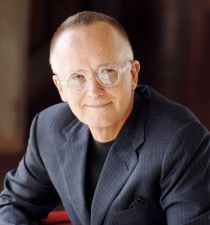 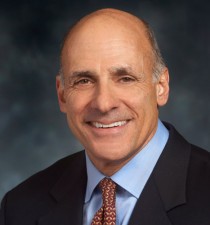 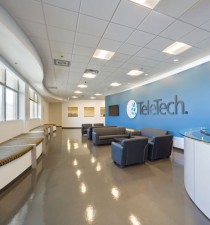