How did you get interested in the financial field?
I always loved math and was interested in business. My grandfather, an attorney in Oklahoma, was on the board of several local banks, and he felt at the time, in the ’70s,  [that] banking was a field beginning to open up to women. I majored in international business at the University of Texas and immediately got my MBA from [Southern Methodist University]. During one of the summers, I interned with a large bank in Dallas: Republic Bank. I was hooked. For me, the thrill of overcoming obstacles to put together a successful transaction for a bank customer was like a puzzle. I found it to be fun and rewarding.

How would you describe your current job function?
It’s interesting because I am involved in a mix of responsibilities. First of all, Duke Energy International [DEI] represents 10–15 percent of Duke Energy Corporation’s earnings, which is a meaningful contribution to the company. I am not only in charge of M&A [mergers and acquisitions] for International—which I have been focused on for my entire 13-year career at Duke—but also am tasked with all of the projects we developed internationally: valuation, market analysis, and growth strategy for our international business. Effectively, I’m in charge of everything international except for things relating with our existing asset base.

“The legal framework is even different in Latin America than it is in the US.”

Prior to her taking over, each of the regions was not only responsible for operating their own assets safely and efficiently, but they were also responsible for M&A and development in their own country, along with valuation and strategy for their particular country. This led to each region head wanting to acquire and build plants within their own country, irrespective of increasing or decreasing country risk.

When Andrea took over, her vision was for there to be one group who could look across all of DEI and use our scarce growth capital in the markets we research and feel … the right ones to focus on for growth. It also allows us to take an overall portfolio view, which in turn results in appropriate market concentrations.

How was the adjustment when you took on the added responsibility within DEI?
The adjustment was a lot of fun and very challenging. For the first six months, as I’m sure most people experience in a new job, I felt like I was drinking from a fire hose. While M&A, valuation, and strategy were areas I had focused on previously in my career, greenfield project development and attaining a deep understanding of each of the countries’ markets were both new for me. By the end of the six-month period, I realized that project development is also process-driven, much like M&A. Many of the same concepts apply, and at the end of the day, it all boils down to asking enough questions that you feel like you have a handle on things. This gives you the power to make informed decisions.

What about your day-to-day work? How did that change?
I spent more time on the areas I had no experience in: development and engineering. We were also mid-construction on four power plants, which I took over. This is something that I had never done before, so I spent probably 80 percent of my time focused on that, as it took me longer to do everything.

There was a group of talented engineers that I worked with, but it’s almost like they speak a different language other than Portuguese or Spanish—they speak engineering. It took me a while. In the first days, I brought note cards to every meeting, and when faced with acronyms and terms that I was unfamiliar with, I would write them on a note card. At night, I would go and research what, exactly, the term meant. This allowed me to make more sense out of future conversations.

What are some of the challenges of working internationally?
Some of the challenges are the cultural differences, the obvious language issues, the different regulatory structures in each country, the institutional maturity among the countries. The legal framework is even different in Latin America than it is in the US.

In DEI’s case, we need to understand the intricacies of seven different countries’ legal systems because we have assets in those countries. So often, when people think of Latin America, they lump it under one umbrella when in fact there is not one entity. Each country is structured differently with regard to the electricity marketplace, and each government’s policies and procedures are distinctly different.

Are there any benefits?
The benefits for DEI are the significant growth opportunities within Latin America compared to the US, specifically with regard to electricity-consumption rates. The statistic I like to use that demonstrates this is the per capita consumption rate. For instance, in the markets of Brazil, Mexico, Peru, Chile, and Colombia, you see per capita electric-consumption rates in the range of 1,250–3,700 kilowatt hours consumed per person—whereas the US electric per capita consumption rate is 12,800 kilowatt hours per person. You can see there are significant growth opportunities for new power plants to be developed in the Latin American markets to meet the increasing demand. This future expansion can fuel growth not only for DEI but ultimately for Duke Energy Corp. 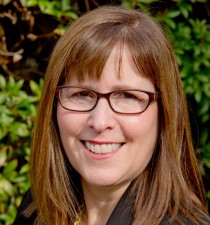 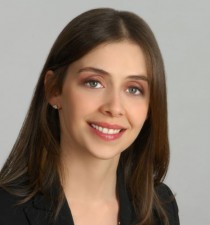 “Technology is moving … faster than our need to renovate.” 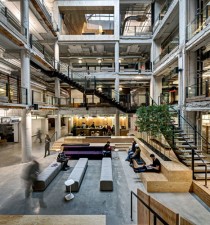 Moving Back to Motown 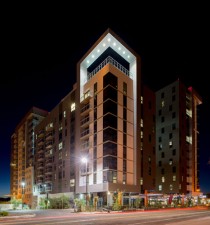 Student Spaces for the City