According to founder Janine Benyus, Biomimicry 3.8 consults 3.8 billion years of nature’s own research and development, applying biological intelligence to the design of everything from sneakers to carpeting to airplanes to cities. Biomimics make bird-safe windows, energy-efficient industrial fans, coatings that foil bacteria without creating superbugs, and more, all inspired by nature’s ingenious designs.

By her own description, Benyus “was a nature nerd as a kid,” a scientist-in-the-making who explored the wilds of suburban New Jersey with a microscope and a backpack full of field guides. Years later, she double-majored in natural resource management and English literature because she wanted to be nature’s storyteller. Her first writing job was with the US Forest Service, where she helped define a new ecosystem-based management policy. That led to her writing a series of natural history books that featured plant and animal adaptations. “Organisms have sophisticated technologies—life-friendly chemistries, energy-efficient strategies, even building techniques—that blow our technologies away,” she says.

When her collection of nature-inspired inventions swelled to hundreds of papers, Benyus realized she had stumbled on a new science that had no name. She coined the term “biomimicry” and in 1997 published a compendium of the new field: Biomimicry: Innovation Inspired by Nature.

To her surprise, innovation officers from several companies began to contact her, asking her to bring her biologists to the design table. “Companies like General Electric, Nike, Kraft, Kohler, and Boeing were wanting to invent more sustainable technologies, and they believed strategies from the natural world might help,” Benyus says. Since then, Biomimicry 3.8 has become a successful consulting and training firm with more than 250 clients and a newly launched Biomimicry Center at Arizona State University.

Benyus notes how buildings are increasingly taking their cues from the natural world. “These days, builders can choose from a catalogue of bio-inspired products, including smart, adaptive frittings, concrete that heals itself, and leaf-inspired paints with a bumpy surface that causes rainwater to ball up and pearl away dirt,” she says.

Even more exciting is what’s happening at the city level. New biomimetic building developments are moving from self-reliance (e.g., capturing their own energy and water) to net-positive production of clean air and water, cool temperatures, and fertile soil. Benyus’s team at Biomimicry 3.8 helps developers set production goals based on the performance of nearby ecosystems.

Years later, the self-proclaimed nature nerd is still in awe of what ecosystems can do. Together with her clients, Benyus continues to learn not just about nature but from nature. “A truly sustainable city is one that functions like the forest next door,” she says. “A biomimetic city is not just more self-reliant and resilient; it’s also a great place to live.”

The Wisdom Behind Sage 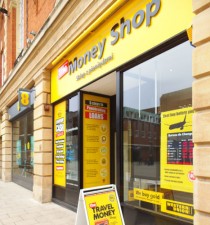