In 2009, after four years of planning and construction, SSM Health Care St. Louis opened SSM St. Clare Health Center, a cutting-edge addition to its 18-hospital system that sought to take health-care design to a new level. Today, the facility is living up to its promise.

A replacement for SSM St. Joseph Hospital of Kirkwood, which had served St. Louis County for 54 years, the 430,000-square-foot, $236 million SSM St. Clare Health Center was the first full-service hospital built in St. Louis County in 35 years. And, given the facility’s significance to the community, SSM Health wanted it to use the very best ideas in evidence-based design. This meant relying on studies that showed a correlation between a better environment and measurable improvements in patient recovery—fewer falls and infections, decreased transfers, increased patient satisfaction, etc.

But, health-care facilities are extraordinarily complex and have many unique requirements—even when traditional design is used—so to get the project off the ground, SSM Health turned to Donald E. Wojtkowski, its executive director of design and construction. Wojtkowski, who began his health-care career in 1973 as an administrative engineer overseeing the mechanical and electrical design and construction of a new 400-bed hospital in North St. Louis County, has since been involved in hundreds of health-care projects in more than 30 hospitals in Missouri and the surrounding states over a 36-year career. “He has remarkable insight into the complexities of health-care facilities’ design and construction as well as a tenacity and patience that is rare,” says Kent Turner, president of market strategies for CannonDesign, who has been acquainted with Wojtkowski for more than 25 years.

In conceptualizing and developing SSM St. Clare Health Center, Wojtkowski collaborated with the Center for Health Design’s Pebble Project, which was launched in 2000 to assist health-care providers who want to use evidence-based design processes in their projects. The result of the partnership was a 180-bed hospital that, today, still clearly outshines many of its peers from the moment one steps into it.

For easy access, for example, there are separate parking areas and entryways for each key area of the hospital, including the emergency, outpatient, and inpatient areas. Each patient chooses the appropriate entrance and is greeted with a concierge at an information desk. Registration is handled at the point of entry, and intuitive directional markings help visitors navigate the rest of the facility.

To reduce hospital-acquired infections, all patient suites at SSM St. Clare Health Center are private, and each room is identical in layout because the elimination of variation improves safety and efficiency. Noise in the suites is kept to a minimum thanks to sonic buffers and soothing sound machines, and each room contains numerous safety measures such as slip-resistant, seamless linoleum flooring, bacteriostatic carpeting, handrails, and night lighting. Additionally, automated, locked in-room medication systems keep patients’ medicine at the ready, allowing caregivers to spend less time ensuring that proper meds and doses are administered.

At the same time, though, the medical elements of the rooms are well concealed, the equipment hidden behind wood-grain cabinets and numerous amenities such as flat-screen TVs, refrigerators, in-room safes, wireless Internet, and room-specific thermostats. Floor-to-ceiling windows let in sunlight, and a soothing color palette and nature-inspired artwork create an atmosphere of calm. As a result, patient rooms feel more like home.

The hospital’s design also embraces the idea of “engaged” healing. Nurses are stationed directly outside patients’ doors, not down the hallway, and pharmacists interact with patients daily when delivering medications. There’s also a family zone with pullout sofa beds in each suite, allowing family members to spend the night, and patients can even order food for family along with their own. For patients who are mobile, there’s a walking trail and outdoor courtyards.

Since opening in 2009, the hospital has garnered national praise for its pioneering design, including a Vista award from the American Society of Healthcare Engineering (ASHE) and Health Facilities Management. SSM St. Clare Health Center was the second Vista award-winning project for SSM Health, and it was recognized not just for its innovative design but also for the collaboration between its stakeholders. During construction, for example, its patient rooms were quickly reconfigured from a standard mirror-image layout to a single-handed layout when new research suggested the latter would provide a better care environment. According to Timothy M. Gunn of Alberici Constructors, his builders would not have been able to respond with such agility had it not been for the flexible nature of his firm’s contract with SSM Health.

For his role in designing and building SSM St. Clare Health Center’s patient-focused healing environment, Wojtkowski received the ASHE’s first-ever Excellence in Facilities Management award, which recognizes outstanding commitment to better patient care through an improved health-care environment. “People who work with him point to his unique ability to create an atmosphere of collaboration and mutual respect,” Turner says. 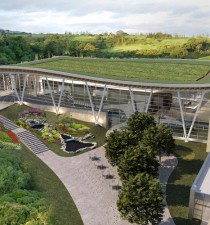 Doing Away with “Whites and Gray” 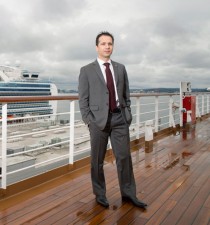 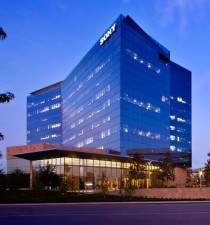 “We want to remove the silos.”