One could say that C.R. Russell began exploring a career in construction before he even completed grade school. His parents were developers of high-end homes in the Chicago suburbs, and as he accompanied them to work during his summers, he would scamper around excavated housing sites to watch subcontractors go through their paces.

After graduating from high school, Russell took a job with his father for a couple of years before entering college on a baseball scholarship. After graduation, he was accepted to the MBA program at Northwestern’s Kellogg School of Management, where he earned his degree in real estate finance.

But it was after working for a national homebuilder that he found a way to merge his work with his passion for the outdoors. He landed a position with Vail Ski Resorts developing base areas for resorts and on-mountain amenities, including numerous high-end restaurants at Heavenly, Breckenridge, Northstar, and Park City ski resorts. He worked on upwards of 100 projects per year, which ranged in size from $100,000 to $50 million. He says the fast pace of the work prepared him for what he does today with Bowlmor AMF.

“Because it was seasonal, there was always a race to get the work done before the busy season began,” says the vice president of development. “It required a lot of up-front coordination with design and the contractor. I became very good at making sure my projects were well teed up, and I learned how to execute them in a tight time frame.”

In 2013, Bowlmor Lanes, a small, high-end bowling company, acquired struggling warhorse AMF. In the following year, it acquired Brunswick Corporation’s bowling center business to become the world’s largest operator of bowling centers, and currently employs close to 8,000 employees with an annual revenue of about $550 million.

Noting Russell’s accomplishments at Vail, Bowlmor AMF brought him on to execute a host of projects that were just getting underway post-merger, including a project to convert the traditional AMF and Brunswick Zone centers into the new experiential concept—Bowlero.

“Two things drew me in,” says Russell about his decision to join the company. “First was Tom Shannon, our CEO, who started the company with $3,000 of his own equity and $2 million in loans, and turned it into a 300-plus center bowling company in 20 years. The other was the concept of a high-end bowling experience. These centers are works of art. I relished the challenge the CEO posed to me to rollout the Bowlero concept on a grand scale.”

Bowlero is an evolution of the Bowlmor concept focusing on creating an experience stimulating enough to appeal to millennials. The centers are a combination of bowling, dining, and nightlife. Interactive gaming and laser tag also add more stimulus. Patrons can watch videos and sports games while busy kitchens turn out high-end food selections. The center’s bars are built to be on par with those at top nightclubs, and the lanes are illuminated for night play.

Russell runs the development group for Bowlmor AMF, constantly working with project managers and designers. He is on top of the process through budgeting, contractor selection, and project turnover. While he isn’t charged with site selection, per se, he works with the vice president of real estate, David Hochberg, as he scouts deals and looks for new locations, assessing and reviewing documents. The overarching goal is to push brand identity and create a scintillating entertainment experience.

“We work to create a world-class design that elevates the guest experience,” he says. “Every area of the venue is activated with a design element or an activity that takes the guest on a journey [as soon as] they enter.”

This concept is vividly on display with two flagship, large-scale conversions that were completed last fall—one in Naperville, Illinois, and another in Manhattan. The New York facility—a conversion that involved a total upgrade—is 80,000 square feet with 80 lanes.

In Naperville, Russell and the company went all out by repainting the entire exterior in the Bowlero color scheme and creating vibrant exterior signage. Once inside, a patron passes through the lounge area and finds antique muscle cars and classic games. The bar is all natural brick with wood paneling and billiards tables, while the intimate lighting lends a speakeasy feel that the company felt would pay homage to 1920s-era Chicago.

Russell says the growth of the company will continue. In 2017, the team had a goal of more than 30 Bowlero conversions, and expect to repeat that in 2018. While there are fewer bowling lanes in the country now than there were 15 years ago, the sport gains momentum every time Bowlmor AMF takes on a new conversion. And with the infusion of excitement at Bowlero, it’s a safe bet to say new adherents are being made every day.

“We truly compete with all entertainment experiences through all generations,” Russell says. “It can be a couple on a date, a family gathering, a night out with friends, or a coworker event. It’s becoming an event the entire community can enjoy. This is an industry where the demand for bowling keeps increasing.” 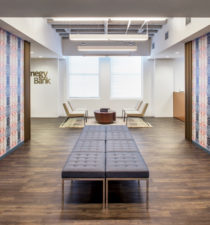 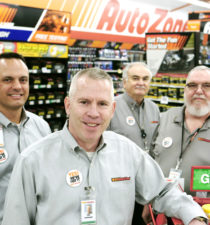 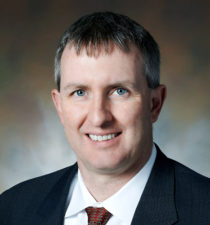 A Fleet of Unicorns