When you arrive in Steve Sachs’s office, you cannot help but notice a sign that reads “Netsil.”

What is “Netsil?” A random foreign land he once visited? A unique middle name taken from a relative? Actually, it’s neither.

“Netsil” is the word “listen” spelled backwards, and listening has been the cornerstone to Sachs’s success as he fills his current role as executive vice president and North American director of real estate and hotels for Willis Towers Watson—an international risk management, insurance brokerage, and advisory company headquartered in London.

Sachs’s responsibility is to increase operational efficiency while mitigating personal risk for Willis Towers Watson’s real estate and hotel clients. He believes that the vital first step in this process is listening to clients, then understanding their business language and metrics.

“I have filled a lot of different roles in my career, but what I have learned about risk management is that active learning is everything,” Sachs says. “You have to understand your client before you seek to be understood.”

A Culture of Caring

Sachs does not view his role solely as a liaison for risk for Willis Towers Watson’s clients and real estate teams. He uses his listening skills and real estate risk management experience to become a trusted internal business advisor for the client, providing valuable insight on how risk affects their business operations.

“I believe that at its best, insurance is a financing tool, similar to a banking relationship, where we strive to find the lowest cost of risk. Risk management is more closely aligned with operations,” Sachs says. “We listen and then use our analytical approach to evaluate risk to help identify effective strategies. This results in identifying actions that help mitigate or reduce risk.”

Sachs helped lead a rejuvenated North American team that reanalyzed the client’s construction activities, leading to a private meeting with the CFO on a snowy Baltimore day in February 2016.

“Seventy-five percent of what I did in that meeting began with research on the problem and the organization and culminated with active listening, and it made all the difference,” Sachs says. “By listening, we were able to both respond to the problem and develop a plan, which helped remedy the issue fast.”

The meeting unofficially transformed Willis Towers Watson’s relationship with the client from a transaction-based consultant to a working partnership as a trusted internal adviser. The client now utilizes the company’s wide array of resources.

“The relationship has developed from a small, one-office relationship into a working partnership with multiple offices and resources involved,” Sachs says. “When you lead with listening, good things tend to happen.”

Sachs began his career in the finance and insurance industry out of convenience when he took an underwriting position at Hartford Insurance. Initially serving as a means to help pay off college debt incurred as an undergraduate at Duke University, he spent three years with Hartford Insurance before he was hired by The Rouse Company. Sachs was heavily influenced by company leader Jim Rouse, an industry legend and visionary known for being an innovator in the development of shopping malls and later for his work on affordable housing at Enterprise Community Partners.

“He was someone you wanted to emulate because of the way he conducted business and served the community,” Sachs says, reflecting on a career that has spanned six decades. “In the 1980s, I really learned the industry. At night, I would walk with our construction executives and learned about risk, while gaining their trust. Real estate is a very dynamic business, and until this day [Willis Towers Watson and] I still work like a hand in a glove with our construction practice.”

As his career has progressed, Sachs has made sure, no matter the client or building location, to never underestimate their intelligence and value their opinion. He worked for Rouse for 12 years as a risk manager. When his division was sold to PaineWebber (the first of seven mergers or acquisitions), he then added another 19 years as a contractor to provide risk management services as well as to broker its insurance coverage.

In 2004, when Rouse was acquired by General Growth Properties in a $12 billion transaction, he was able to successfully locate new positions for all five members of his risk management team. As a result of the January 2016 merger with Towers Watson that created Willis Towers Watson, Sachs is once again looking forward to a new era in his career.

“The merger with Towers Watson has created outstanding human capital resources, and they all touch the client with the highest respect and the best talent available,” Sachs says. “It has been a valuable addition and provides another dynamic asset for our hotel and real estate clients.”

Sachs finds that most clients are moving toward the use of analytics to evaluate risk and making buying decisions. He continues to gain respect with his clients by developing operational solutions, which maximize efficiencies in the risk management process. This includes a deep commitment to analysis and ongoing measurement.

“Technology alone is a great tactic in an overall business strategy, but it is not good business all alone,” he says. “Technology has to be part of an overall comprehensive strategic plan. Technology has done wonders for us as it allows us to create virtual teams across geographies to bring the best of Willis Towers Watson to our real estate clients.”

After six decades in the industry, Sachs still prides himself on his research skills and being overprepared for every client meeting.

His research and preparation skills paid off for an architect that wanted to build an elaborate gondola ride across a major river in the middle of a commercial real estate development. The client was concerned with what would happen if the gondola venture failed. The solutions offered by the architect were reviewed by Sachs, who was able to demonstrate to the client that they would be ineffective.

“Putting together the land itself for the development was like figuring out a jigsaw puzzle, but on a much larger scale,” Sachs explains. “For the gondola, we had to identify the operating costs along with the exact value for the tear down, all while dealing with the city government. A value was determined, and the city offered an in-kind payment to the project. All of the research paid off because five years later our cost estimates allowed the client to have already received payment in kind before the gondola structures needed to be removed based on our analysis, and my job was done.”

But Sachs’s job is never done as a senior leader. In the 1980s, he co-founded the real estate industry group of Risk Insurance Management Society, a professional organization that keeps risk management professionals aligned on regulations, professional development opportunities, and heightens camaraderie across the industry. “My legacy is going to be defined by the people who worked for me, and seeing where they are now,” he says. “I have served in a lot of roles throughout the years, but my most important role is as a team player and a mentor. I would not have it any other way.”

A Cause for the Community

Growing up in Baltimore and having attended Duke University, Sachs has been fortunate to see all sides of economic prosperity. Now, he makes it a priority to help youths and those who are less fortunate.

“Leadership is also about sharing vulnerability and resources,” Sachs says.

Sachs’s community leadership includes serving as a three-decade member of the Columbia Rotary Club—where he has twice served as president—and establishing a scholar-athlete scholarship program that is in its 33rd year. He also has completed a 12-year stint on the board of directors at Howard Community College and still serves as a director for the Columbia Festival of the Arts.

For Sachs, giving back to his community is not an activity—it is a way of life.

“Everyone needs help to get where they want to go in life,” Sachs says. “I like making young adults aware of the opportunities that are available to them, then watching them achieve their dreams. That is what life is all about.” 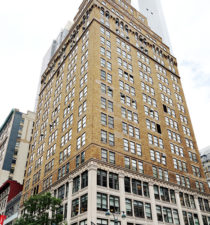 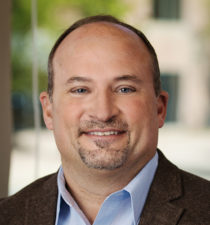 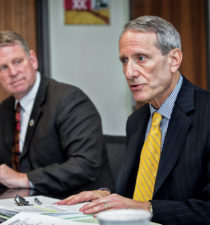 Steve Sachs is All Ears