Tracy J. Letzring was in the third grade in North Dakota when he decided he was going to be an engineer. His father worked on road construction crews, and Letzring had an unending list of questions about every detail.

“The answer to most of my questions was, ‘That’s what the engineer told us to do,’” Letzring remembers. “I wanted to be the person with all the answers—but I also wanted to understand how everything worked.”

Over the course of a more than 30-year career, that pursuit led him to becoming a registered civil engineer in all fifty states, the US territories, and in most of Canada. He is also a registered structural and environmental engineer, and he has his PE, PEng, SE, LEED AP certifications.

Letzring began working on transportation and environmental projects and was then recruited to write the Los Angeles County Hazardous Waste Management Plan before being hired by TAIT & Associates. He spent more than 25 years there leading a variety of land development initiatives. He gained exposure to a variety of different areas of expertise, including site development and grading, hydrology and storm drainage, sewer and water infrastructure, street and highway design, hazardous material control systems, and environmental compliance.

“The disciplines I worked in all complement each other,” Letzring points out. “The more I know about each one makes me better in them all because I understand how all the details are interconnected.”

One of Letzring’s favorite clients at TAIT was Crop Production Services (CPS), which impressed him with the company’s integrity and dedication to ensuring
public safety and the welfare of its workers. He is now CPS’s director of engineering.

Making a Difference Through Mentoring

One of Tracy Letzring’s favorite responsibilities is mentoring young engineers. He has guided hundreds over the years, many of whom have gone on to become
accomplished leaders and to win prestigious awards in the profession.

He also meets regularly with those on his team to review technical project details and to ensure that their assigned tasks are balanced with their personal interests and desired career paths.

“If I share what I’ve learned, I can exponentially increase the impact I have on the world,” Letzring says. “It’s also humbling to see what can be achieved when you give back by empowering other people.”

In addition to overseeing CPS’s environmental compliance, acquisition liability, and process safety engineering, one of Letzring’s key responsibilities is standardizing procedures and processes at the company’s 1,400 North American locations. This is quite a challenge considering the extensive variations in climate, soil types, regulatory requirements, business demands, and personalities. For example, for every building, choices must be made that include various types and depths of footings, as well as HVAC, flooring, and containment systems.

“The goal is to optimize a minimum number of variations that adequately cover the range of conditions for all locations,” Letzring explains. “It’s a constant process of improving to ensure we’re appropriately addressing the physical, business, and regulatory requirements in each jurisdiction.”

In addition to aligning with business objectives, such as not recommending a 50-year building for a highly flexible, agile product line that is likely to change locations within a few decades, Letzring is dedicated to providing the best value. If a stakeholder identifies an item in one of his team’s plans that could be handled more economically, he feels obligated either to justify the reason for using the original detail or to determine why his team didn’t select the more cost-effective solution.

According to Letzring, the key to successfully handling such a broad range of geographic, regulatory, and business requirements is inclusion. “The most important aspect of any project is not making changes in a vacuum,” he says. “You do that by always getting input from everyone it impacts.”

When asked to name a recent job that epitomizes his approach to his work, Letzring points to CPS’s Fairbury project in Nebraska. There, CPS handled the integrated decommissioning, demolition, and remediation plans for a former fertilizer facility it had acquired that had been under EPA oversight for years. He singles it out not only because of the engineering required but also because of the spirit under which it was accomplished.

“Many companies would have negotiated with the EPA to do the minimum amount of work,” Letzring says. “Instead, we did away with the adversarial approach, accepted EPA’s recommendations, and added more comprehensive, expensive mitigation because it was the right thing to do for the project, for the environment, and for the surrounding community.”

CPS has taken the same cooperative approach to several projects in other locations. In the meantime, Fairbury has been submitted for an American Council of Engineering’s Environmental Engineering Excellence Award.

“It makes me proud to be part of a company that is taking an active role in the stewardship of the environment,” Letzring says. “By putting effort into being proactive, the money spent will ultimately pay much greater dividends in the long run.”

Burns & McDonnell is proud to work with Tracy Letzring and Crop Production Services as we deliver creative solutions on critical environmental projects. With a mission to make our clients successful, our engineers, architects, construction professionals, scientists, and consultants partner with you on the toughest challenges, always with safety in mind. 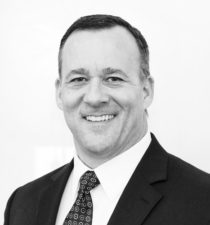 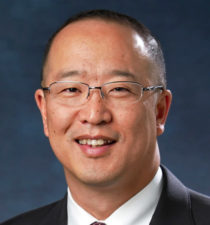 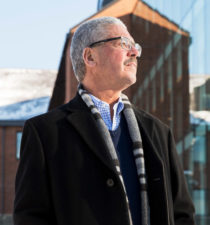