Some jobs are tougher than others, but Brent Hockins isn’t afraid to get his hands dirty to meet a deadline. As the director of facilities at Miraca Life Sciences, a pathology lab based out of Irving, Texas, he’s more likely to wield a set of blueprints than a ratchet or hammer. In the case of Miraca’s new lab in Needham, Massachusetts, however, he found himself on the construction site for more than a month, lugging furniture and installing plumbing.

He didn’t mind, though. Hockins began his career in facility and construction management more than twenty-five years ago. “I started at the bottom of the ladder,” he says, recalling his first job as a day porter for a property management company. Since then, he says he’s worked pretty much every job in the industry, and the experience he acquired still informs his work to this day.

Hockins joined Miraca in August of 2016, when the planning of the Needham lab, which was to be his first major project, was just kicking off. An update to Miraca’s nearby lab in Newton, Massachusetts, the Needham site would double the capacity of the Newton location to facilitate an increased work rate. In the new lab, Miraca would increase the number of cases it processes daily from about 1,500 to 3,000.

The design process went smoothly at first, but as is often the case with construction, a complication soon reared its head. Just as Hockins and his team were reaching out to general contractors, the proposed plans were basically rendered obsolete by the sudden addition of a new hematology lab. That meant Hockins needed to determine a way to squeeze out 1,200 square feet from the original design.

“We really had to start over again from the beginning,” he explains. “But we did have a deadline, so we did not stop the general contractor selection process.” As Hockins recruited a general contractor, he continued to implement design changes to accommodate the lab. “It was almost like we were in a constant design phase, even as we were going out to bid for the contractors,” he says.

A solution was eventually worked out. Not only was there plenty of rearranging, but Hockins also had to work with Miraca’s director of lab operations, Ken Teomen, to decide which systems could be sacrificed to make space. Eventually, by reducing the size of the lab’s electrical room, the new division was able to find a home.

That wasn’t the only obstacle he faced, however. Hockins notes that issues with the building’s landlord were an ongoing struggle in addition to a delay in the arrival of the lab’s equipment. Furthermore, Hockins and his team had to shut down construction for a week about halfway into the process after discovering an accumulation of moisture beneath the concrete floor of the building because of the lack of a vapor barrier, an important structural addition to any lab, Hockins explains.

While the original opening date at the end of September was pushed back to October 30, Hockins says that was the only extension he was granted. As such, he left Texas for Needham, where he set up shop for 33 days to ensure that deadline was met. “I was onsite every day in Massachusetts,” he says. “I was the eyes and ears, just really pushing the general contractor and our superintendent to make the date.”

While there, Hockins helped navigate the tight windows that came in between equipment delivery dates and the final throes of construction. As work on the lab floor unfolded, furniture and machinery needed to be strategically moved throughout the structure to accommodate the workers. And when he wasn’t doing that, he took up his tools to tackle any area that still needed a helping hand. It was painstaking work, with Hockins and his team working 12–18-hour days, seven days a week.

All that hard work paid off, though: the lab was up and running by October 27, and the opening ceremony on the October 30 went off without a hitch.

“I’m not sure we would’ve hit the date if I wouldn’t have been out there,” he says. “As a matter of fact, I’m pretty sure we would not have made our October 30 date. I had to push, and it was a difficult project, but we were able to work through it.”

And though Hockins is excited to move onto his next slate of projects, he was sure to take a moment and appreciate the results of his hard work. “It’s beautiful,” he says of the Needham lab. “It’s a showpiece.” 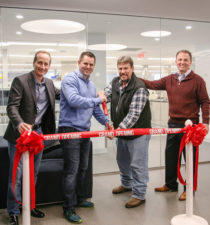 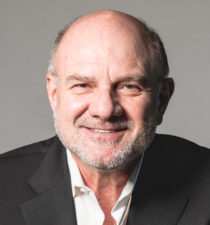 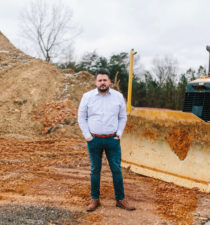 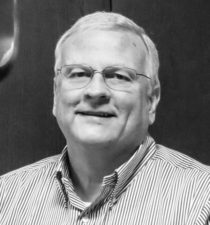 Thinking Outside the Big Box