Ever since his childhood, Joe Grimaldi wanted to be a force for good in the world and make his family proud.

“I want to be a person who effects change—positively, of course,” he says. Today, as director of development and construction at L’Oréal USA, the beauty and retail giant, he has the opportunity to refine and improve management practices in the construction and store build-out industry. More specifically, he can reverse what he perceives as a destructive trend.

“Despite increasing volume of construction projects, there seems to be less and less focus on project management,” says Grimaldi. In contrast to that trend, he works closely with his vendors at all stages of a project and makes himself approachable. He learned much of what he knows about “discipline, leadership, and camaraderie” from his time in the US Army.

Grimaldi took his first job out of high school in the US Army, where he served as an engineer. He spent eight years in the service—with a tour of duty in Afghanistan in 2010 and with a duty as a reservist based in New York through 2016. To make the transition from military service into civilian life, Grimaldi enrolled in an apprenticeship program with the United Brotherhood of Carpenters & Joiners in New York, both because he liked to work with his hands and because the industry was flexible enough to accommodate the schedules of reservists.

After graduation from the apprenticeship program, Grimaldi’s independent and entrepreneurial spirit led to a decision to start his own small business as a general contractor and woodworker. Through that endeavor, he established a fruitful relationship with the owner of On-Site Group, a small construction management firm based in New York. He eventually joined On-Site Group as a project manager, where his work on beauty retail projects ultimately led him to become director of construction for NYX, a brand owned by L’Oréal.

As part of the chief retail officer and centralized support team, Grimaldi can positively influence more people than ever before—which poses a challenge at times. One of the biggest challenges, he says, is gaining the trust of all the different people and brands’ executive teams within his purview. Still, Grimaldi is undaunted in the face of his increasing visibility in the company and many important responsibilities. Knowing that people will rely on his contribution empowers him and enables him to win that trust.

“Working with Joe is always a great experience,” Rachel Brisco, director of business development for the construction management firm, VCMG, attests. “His hands-on leadership, project management background, and aptitude for finding cost-saving solutions never fail to turn a challenge into an opportunity.”

Grimaldi owes much of his success to his leadership style. His colleagues and vendors know they can approach him with a problem and that he’ll help them with it, rather than shrugging it off.

“One of the biggest things in this industry is helping to solve problems, and not saying, ‘There is a problem, figure it out and come back to me,’” he says.

Grimaldi also emphasizes the importance of trusting his convictions and notes that he is thankful for the opportunity to work under L’Oréal USA’s chief retail officer, Marc-Alexandre Risch. This proximity grants him better visibility to what the other brands are doing and allows him to do his due diligence.

As a leader, Grimaldi challenges his contractors and partners to do their best work and also ensures their efforts are rewarded and celebrated. He continually finds ways for contractors to simplify their work when they may have complicated plans unnecessarily—for example, by trying to follow a mock-up too carefully. At the same time, he takes pains to make sure his contractors get paid on time, and that they take part in the celebration of their finished projects.

“I put a lot of emphasis on positive reinforcement with my GCs and my vendors,” Grimaldi says. “I make sure they’re noticed, and that they know their efforts and expertise are valuable to our mutual success.”

While motivation and empowerment are both drivers of Grimaldi’s leadership style, he also underscores the community aspect that is crucial in pulling off the types of projects his team is responsible for. After the completion of the Atelier Cologne flagship store on Manhattan’s Madison Avenue, Grimaldi proudly shared photos of the final product on LinkedIn. “It’s build-outs like these that create families,” he said in his post. “From the design team in Paris, to our vendors, to my contractors, and their subcontractors. We all put our blood, sweat, and tears into this one, not to mention yelling and begging, but most importantly we got it open on and under budget.”

US Construction Group is a general contracting firm specializing in retail, commercial, and CM projects nationwide with 22+ years of experience. We want to congratulate Joe Grimaldi on his achievements at L’Oréal. We appreciate L’Oréal’s partnership with us and look forward to completing future projects with them. 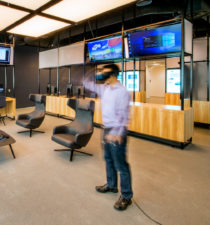 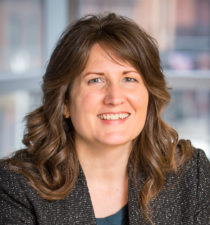 The Ideas Behind Behavior-Based Design 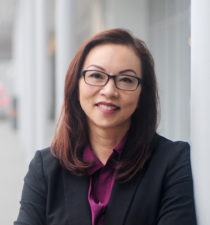