Homeownership used to be a key element in the American Dream, but within the last decade, that idyllic notion has become more malleable to apply to current lifestyles. As of 2019, the rate of homeownership was at 65.1 percent, down significantly from the 69.2 percent peak in 2004, according to US Census Bureau data. But that varies by region, and in the west, homeownership rates are the lowest in the country at 59.7 percent. Lingering effects of the Great Recession, more stringent mortgage lending standards, and younger workers’ interest in career and living flexibility are major drivers for the shift.

Greystar Real Estate Partners, with 500,000 rental residential units under management, shapes its strategy to accommodate these realities. The company has seen an organic lift to its market, but it’s the way that it’s structured—separating its construction services from building management—that fundamentally ensures its operational and financial success, according to Brandon Brito, Greystar’s senior director of construction services in California and Hawaii.

“The willingness to invest in these separate divisions was the game changer,” says Brito, who heads the renovation of those states’ existing properties and brings more than 20 years of experience to his role at the Charleston, South Carolina-based company.

Brito’s job is to oversee construction of property redevelopments and reconstruction, largely overseeing value-add opportunities or helping to keep properties relative in the market. It may lack the glamour of shiny new buildings, but from investors’ and tenants’ perspectives—and even from a sustainability standpoint—what he does is deliver gold.

Existing property renovations have some pretty clear-cut metrics that factor into Brito’s work. From a due diligence process, Greystar can identify what upgrades a building will require to achieve rent increases that will create a favorable return on investment. And it’s the investors in individual properties, many of which are large investment funds and multinational banks, that Brito ultimately answers to. It’s also the investors to whom those metrics matter most.

“We find that scope of work that is just right,” says Brito. “It’s about the right asset for the right client. And while money is always in a hurry, we caution that it’s better to spend time up front in that due diligence process or else we’ll end up spending more money later.”

The front end of those projects includes detailed inspections of the properties themselves. That includes assessing what, for example, is salvageable in a 20-, 30-, or 40-year-old apartment building: what’s the age and condition of the roof? How about the boilers? Can the pool be replastered? There’s also an audit of files: existing leases, insurance coverage, and compliance with local building codes.

For some projects, the numbers point to a mid-market price point with mostly upgraded kitchens and bathrooms. In others, it’s a smorgasbord of amenities (e.g., gyms, outdoor social areas, and high-end finishes) leased at commensurate rental rates.

Factored into the costs are compliance with energy efficiency and other sustainability requirements, which California’s stringent Title 24 Building Standards Code requires of all buildings in the state. But this and all other sustainability mandates can favor reuse of existing structures because doing so can be very green—there’s usually far less carbon involved in a renovation than building from the ground up.

What Brito brings to the table on this is his own ground-up experience in construction. His father and two uncles were general contractors who specialized in home building. He cut his teeth in the industry as an apprentice which arguably is his secret weapon in reviewing vendor contracts. “I’ve been in their shoes,” he says. “It helps me to know the why and not just the how.” His father’s business involved handling construction defects and fixing subpar work, ideally preparing him for his work at this point in his career.

Brito spent several years working for other contractors, one of whom introduced him to larger multifamily projects during the go-go years of the early 2000s. He says that experience took him to a higher level, trained him in working with capital expenditure investors, and expanded his professional network.

Now responsible for his own staff, he hires people who have a similar background whenever possible. “I never forget the road I’ve traveled,” he says. And why should he? That’s a road that led to a pretty big place. 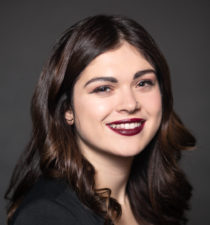 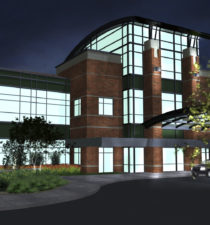 Jeff Cook Is by Their Side 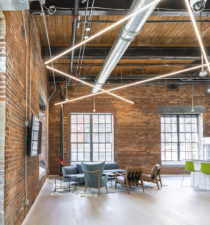