The grid is getting greener and the electric industry will never be the same. As sources of power generation shift from fossil fuels to clean renewables, opportunities for new technologies to reconfigure the grid are proliferating. NTE Energy, a power generation project development firm, is capitalizing on this trend in the form of renewable, battery storage, and highly efficient combined cycle technology projects.

While NTE has a strong track record of developing, constructing, and operating natural gas-fired generating facilities, Senior Director of Engineering and Construction Ted Sullivan expects growth in combustion turbine projects to be stable in the U.S. as solar and battery storage projects march forward. Both regulatory and market forces will drive this trend, he notes, as green energy options continue to become more affordable and efficient.

NTE has clean energy projects in the early stages of development that will generate about five gigawatts of power—enough for 1.5 million homes. The company provides initial market and site evaluations, permitting, financing, construction, and operational services for projects delivering energy to customers ranging from small community-owned power companies to large investor-owned utilities. Sullivan leads NTE’s engineering and construction activities, keeping abreast of new generation and storage technologies and evaluating how customers can best adopt them.

The team locates suitable sites—typically adjacent to transmission lines in communities that will welcome the project and the jobs that come with it. “You have to have a site that is appropriate with no significant environmental impact,” Sullivan says. NTE staff work closely with local residents and stakeholders to address any community concerns.

After Sullivan’s team chooses a site, he and his engineers delve into the core of their design responsibilities. “We work on a conceptual design to scope a project out,” the senior director says. Later, his team engages with engineering consultants to develop a detailed design. As this process unfolds, Sullivan’s team and its consultants also collaborate on a permitting strategy.

All told, shepherding a project from conception to completion of construction takes several years. “You have to have financial staying power and perseverance,” Sullivan says. A current project, the Killingly Energy Center, is a 650-megawatt natural gas-fired electric generating facility in Killingly, Connecticut. It was conceived in 2016. Construction kicks off this year, with completion projected in 2024—an eight-year process.

Permitting is a complex process, requiring emissions oversight by the state, as well as local oversight on land-use matters. States tend to require the use of the best available technology to reduce emissions. In this case, NTE worked with Mitsubishi, the provider of combustion equipment and steam turbines, to specify the most efficient solution.

They identified different catalyst configurations and post-treatment technologies that would reduce nitrogen oxide and carbon monoxide emissions. Another design decision—to use an air-cooled condenser in lieu of a water-cooled condenser—will reduce water usage by 90 percent. These choices resulted in cost premiums that required a concerted value-engineering effort with NTE’s engineering, procurement, and construction (EPC) contractor to reduce costs on other aspects of the project.

Solar power projects, with no emissions to consider, have a less arduous permitting path, so the timeline is a bit shorter, Sullivan says. A permitting challenge for large-scale solar farms revolves around drainage requirements due to the large amount of area the solar farms can impact. Local and state jurisdictions preside over this issue and the design must meet the specific requirements of each jurisdiction.

Solar power’s growing popularity raises a new problem for the grid, though. The amount of input from photovoltaic panels fades as the sun sets, so power producers must rely on other sources to make up for lost production at night. In the near term, highly efficient combined cycle turbine generators are needed to meet most of this shortfall, along with battery energy storage system (BESS) technology covering short periods of peak load. As technological advances for BESS yield systems that deliver power over longer periods, these systems will cover more of the renewable energy shortfalls. Battery storage facilities bank energy during the day, while photovoltaics generate surplus energy that is tapped in the early evening when system electric load peaks.

It’s a simple premise, but it takes careful planning to size and site storage facilities for optimal payback, Sullivan says. “The use case depends on factors including the amount of surplus renewable energy in the region and the extent that the regulators prioritize those clean power sources,” he says.  “When planning for storage installations, NTE must identify reliable sources that produce enough surplus power to charge batteries.” These suppliers could include conventional sources such as the Killingly plant, which will be able to send power to batteries when solar or wind sources are not producing at optimal levels due to unfavorable weather conditions.

Indeed, powering the grid with green power sources is far more complex, due to their fluctuating output, than conventional coal, gas, nuclear, and hydro sources that produce a steady volume of energy under any conditions. It takes constant monitoring to match available supply with demand as weather and sunlight conditions change.

Despite these challenges, it appears as though new renewable and battery storage projects will continue to grow quickly for the foreseeable future. Solar, wind, and battery installations tend to have lower output per site than a major combustion-fired plant like Killingly, but they will continue to proliferate more widely as they become more economical and more widely accepted by regulators and the public.

It’s a stimulating time to be an electric power engineer, and Sullivan is more than up for the challenge. He’ll continue to play an important part in the conversion of electric power to cleaner sources. 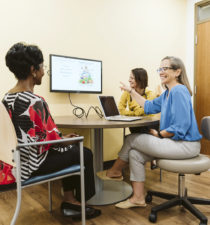