Chicago’s famed Rush Street is a prime destination for locals and tourists alike, teeming with restaurants, hotels, high-end retail, and endless choices for a night out. Throughout the city’s history, the one-way street has evolved with the times, never faltering in popularity. It was the perfect metaphor for Rush Street Gaming, a fast-growing casino company that has spread across the nation and even to the internet. Like its namesake, the business remains a compelling force that attracts thousands who are ready for an innovative entertainment experience.

In its brick-and-mortar portfolio, Rush Street operates the Rivers Casino in Des Plaines, Illinois; Schenectady, New York; and two Pennsylvania locations in Pittsburgh and Philadelphia. Each casino maintains close ties with its respective community, providing economic opportunities to locals. “All Rush Street Gaming casinos have been voted the best place to work by the team members who work there,” according to the company’s website.

Michael Tobin, Rush Street’s senior vice president of real estate and construction, likens the company’s growth to his skiing hobby. “You’re moving fast,” he elaborates. “There’s a similar thrill to real estate.” Prior to joining the company, Tobin worked on high-profile projects all over Chicago, including the Starbucks Roastery, University of Chicago Medical building, Museum of Contemporary Art, Steppenwolf Theater, and Chicago Architecture Center. At Rush, he’s responsible for everything that involves renovation, expansion, and new construction for all of the company’s properties.

“[We are proud] to partner with Michael on [expansion projects],” says Eric Bullion, the vice president and project director at Pepper Construction. “Michael understands the gaming business so well that he knows exactly what he wants. Pepper can then deliver on those high expectations by leveraging our integrated project delivery tools to significantly expedite delivery of the project.”

A future casino in Portsmouth, Virginia, is still in development. It will serve as the “the catalyst for what’s being dubbed the Victory Boulevard Entertainment District,” according to a news release on Casino.org. Tobin says that he hopes construction can commence soon, with a grand opening sometime in 2022. But COVID-19 has presented the team with an entirely new set of circumstances: different states have different regulations, which poses an obvious challenge.

Luckily, Rush Street has a venture that even a pandemic can’t stifle—Rush Street Interactive (RSI). However, this digital initiative wasn’t a result of COVID-19; it’s been in production since 2012, after being founded by industry veterans. RSI then launched PlaySugarHouse.com in 2016, the first regulated online gaming site in Pennsylvania.

Now, each physical Rush Street casino has its own social gaming site as well. The aim is to integrate the online and brick-and-mortar businesses while also driving player community loyalty.

“Our mission is to deliver compelling and high-integrity gaming experiences to the right players, at the right times [and] on the right platforms,” Rush Street Gaming’s website says. “We offer players a comprehensive selection of premium, authentic, and distinctive content, from multiple game categories, all seamlessly integrated across desktop, tablet, and mobile devices.”

Rush Street isn’t wasting any time basking in its recognition. It’s taking full advantage of its winning streak by finding new ways to expand. As detailed in a February 2021 press release, RSI has partnered with Aspire Global Group’s Pariplay Ltd. to bring in even more renowned games to its catalogue. The offerings have been proven hits for European players, and RSI President Richard Schwartz is confident that the company’s New Jersey clients “will love playing them just as much.” 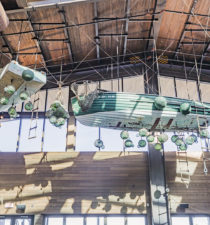 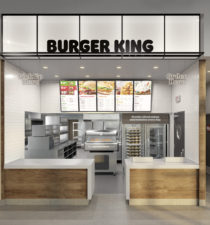