“My first job out of college was as an investment banker at Goldman Sachs. One of my clients was a metals recycler, so from the very beginning of my career, I had the opportunity to look at things that can drive economics and environmental performance at the same time. That flows through all the way to today, where I’m working on helping the mayor deliver his vision to make Chicago more livable, more competitive, and more sustainable.

Several years ago, there wasn’t a lot of coverage about climate change. When there was, it wasn’t about the solutions. So, a former colleague and I created a team that made the documentary film called Carbon Nation, which is based around that kernel: what can people actually do? And in a role like mine in the city, that’s a lot of what we are doing; it’s practical solutions that we as individuals can do, that government can do, that businesses and nonprofits can do.

The mayor created my role as chief sustainability officer. He came in with a transition plan that had 55 points in it, and 18 of them were about sustainability. We worked to develop that vision in-depth and came out with the Sustainable Chicago 2015 plan in 2012. There are seven areas of focus and 24 goals, and underneath that it has 100 actions.

If you look at the city and what’s happened since then, there’s been a great deal of movement. When the mayor came into office, two-thirds of our neighborhoods did not have recycling. We’ve rolled out recycling to almost 400,000 households. There were two working coal-fired power plants in our neighborhoods, the last two in urban America, and with a lot of engagement, they have now been closed. We launched Chicago’s first new transportation system in 50 years, the Divvy bike-share program, and went from not having a bike-share program at all to having 3,000 bikes parked in 300 solar-powered stations around Chicago—with more to come.

Between business, government, and residents, we spend about $3 billion per year to heat, cool, and operate our buildings in Chicago, which is also the source of 71 percent of our carbon emissions. Through a program called Retrofit Chicago, we are now retrofitting about five million square feet of our city buildings for energy efficiency. Additionally, 50 large commercial buildings in the program have all committed to at least a 20 percent reduction in energy use within five years. Most of the buildings we will have down the road, we have today, so thinking about energy efficiency in existing buildings is critical. Our sustainable-development policy also says that large parcels of land that go through a planned development process are required to be built to LEED standards.

In the next decade, I think we’ll see an extension of what we’re seeing now, which is that sustainability isn’t something that’s done off to the side. It’s a core way of how you develop and manage a city. Sustainability is a part of all of our major decisions because it’s about strengthening the livability and competitiveness of our neighborhoods and our economy. If you look at a healthy, livable city—a place where people want to be—it’s a sustainable city. It’s a city where you know that the next generation will have the same opportunities that you have, or perhaps even
better.”

As told to Brian Barth 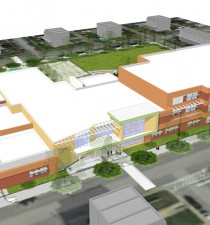 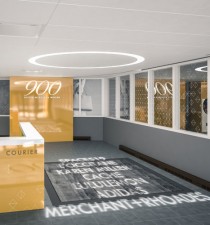 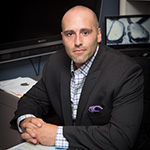