Late one night during his contractor career, Dmitri Konon found himself in a high-pressure situation.

He was working on a specialized water containment system around the Lenox Avenue subway line at 116th Street in Harlem. The subway was shut down for several hours so that crews could drill through the roof from the street, then through the tracks themselves to inject grout underneath. However, the proper equipment for moving the street-level ground plates wasn’t in place, and it was discovered that the location to drill was not marked. With tensions running high and the drilling crew on the verge of going home, Konon volunteered to crawl under the road plates with a tape measure in order to find the right spot to start drilling.

He concedes that, technically, the appropriate decision would have been to stop work ing for the night and wait for the needed measurements. Then again, that would have increased costs and delayed the schedule by several weeks.

This decision illustrates what Konon calls his “contractor attitude.”

“It doesn’t matter if it’s a board presentation or moving road plates,” he says. “Sometimes you have to jump in and get dirty to get things done and to gain respect from the people you work with.”

The attitude served him well when he transitioned from the field into executive positions at the New York City Economic Development Corporation, where he rose through the ranks to executive vice president of the capital program division. During his tenure there, he oversaw numerous prominent projects, such as the demolition of the old Yankee Stadium.

That demolition was notable for a change in the way that such projects had to be handled in the city. After two firefighters died in a blaze during the demolition of the Deutsche Bank building near Ground Zero, the city rewrote demolition protocols, literally, as the stadium project was underway. To stay on schedule and on budget, Konon, his team, and the administration of Mayor Michael Bloomberg worked collaboratively to resolve issues proactively and as quickly as possible. “The Bloomberg administration was extraordinarily metric-driven,” Konon recalls. “That not only informed how we met challenges, but it also helped us think strategically and about the long-term implications of what we were doing.”

It’s a philosophy that he has carried with him as his career has moved forward.

In 2015, Konon joined Weill Cornell Medicine as the senior director of capital planning, which he characterizes as an especially rewarding position within the nonprofit medical institution.

As the company focuses on clinical care, research, and education, he gets to see how his work directly helps others. For instance, he recently renovated an imaging facility on 72nd Street, where high-intensity focused ultrasound (HIFU) treatments now work to shrink tumors.

Elsewhere at the newly opened Sean Parker Institute for the Voice, therapy techniques are helping to repair patients’ vocal cords.

“The work I do helps support our physicians’ technical and medical brilliance,” he explains. “That makes it very gratifying whenever I start working on a new project.”

These are just two examples of Weill Cornell Medicine expanding well beyond the institution’s main medical center and campus. Konon adopted a database tracking solution to help manage all of the company’s real estate—2.8 million square feet, to be exact. The expansion also led to him being hired as the new head of commercial real estate.

Aside from meeting project requirements and deadlines, one of Konon’s priorities is to provide the greatest value possible. To that end, he created a cost savings tracker to monitor the performance of each project and internal project manager.

“I want to push the envelope to leverage every savings opportunity, whether it’s negotiating to get a contractor to correct a mistake or guiding a design so that we save $1 million in the long term,” Konon says.

In the past year, savings have totaled
about $2.4 million aggregated through more than 20 different scenarios in discrete amounts ranging anywhere from $62 to about $912,000.

Konon and his team completed construction of the $650 million Belfer Research Building in 2014, but they continue to help Weill Cornell Medicine pursue its mission through current projects as well. 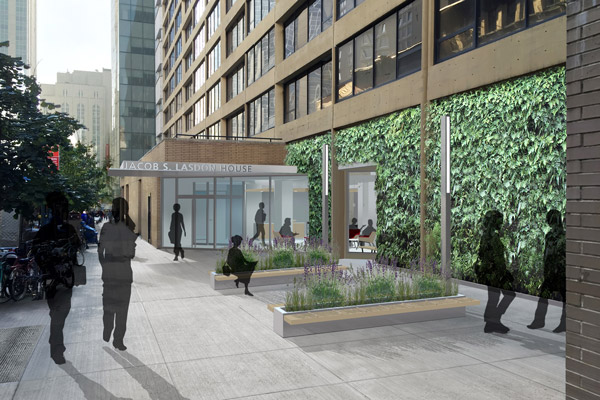 This $45 million project involves renovating four floors (15,000 square feet each) of the 15-floor residence hall. The project will eventually include new student lounges, activity centers, and fitness rooms, as well as clinical offices for medical department directors and their staff, and computation research space. This allows Weill Cornell Medicine to fulfill its educational, clinical, and research missions all in one setting.

Mario Miele Begins with the End in Mind 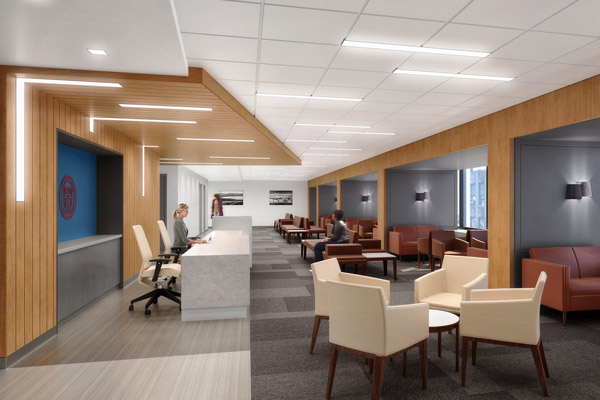 A new $28 million imaging center will be built on the ground floor and lower level for a total of more than 13,000 square feet. This is in addition to 44,000 square feet of clinical space on three existing floors and 24,000 square feet on a separate floor that are currently in design.

Scheduled for completion in 2018, planning is underway to expand space for Weill Cornell Medicine’s educational program by about 15,000 square feet.

The design supports a new instruction model with smaller classrooms and extensive technology. This facilitates hands-on and interactive collaboration among roughly 400 medical students and 600 PhD and post-graduate candidates.

Ryan Hansen Has a Passion for Purposeful Placemaking

Lloyd Rader Is a Builder by Design