The common denominator of Joel Brenner’s career is change. Every major company he’s worked for, he says, has been in the midst of a “workplace change.” For example, during his tenure at Goldman Sachs, Brenner found himself responsible for building a 1.5 million-square-foot new headquarters for the multinational finance company.

And it was that project, specifically, that brought change to Brenner’s own career. He went from an architect to a project manager during his time with the company, but his work on the new headquarters found him serving as project executive, catapulting him to another realm of corporate real estate entirely. Now, with the knowledge of both an architect and a client, he’s more equipped than most to oversee capital projects.

“My experience has given me a perspective that I think is fairly broad,” he says. “I can both be a client and understand enough on the architectural side to be able to push the design or the concepts in a way that’s most helpful.”

When Brenner was recruited by Time Warner to be its global capital projects head in 2013, the mass media and entertainment conglomerate knew change was coming but not quite how it would manifest. After numerous studies, employee surveys, and analysis of current leases, an opportunity arose. Given what was being planned at Hudson Yards, in New York City, there was the possibility of bringing HBO, Turner, Warner Bros., and their parent company’s operations under one roof. Considering those four divisions were spread across several smaller locations, though, consolidating them was going to be no easy feat, but it was one that made the most sense for the future.

“There are very few buildings with the capacity to support our four divisions under one roof—as well as our specific requirements,” Brenner says. “We are not just general office space.” The company’s headquarters houses office space, screening rooms, live broadcast studios, visual edit suites, and more.

Enter Hudson Yards. A 22-acre development on Manhattan’s West Side, it’s the largest project of its kind. It will exist on a platform above the area’s rail yards and is currently being designed to support multiple towers and retail locations. Time Warner will occupy 26 floors of the development’s largest tower, 30 Hudson Yards. Brenner worked closely with the developers, trading concepts and early schematics for months while tweaking interior and exterior designs. In total, Brenner and his project team are overseeing the build-out of 1.43 million square feet of space, with his main duties centering around the core-and-shell and interior fit-out portions. “It’s a monumental task,” he says. “No one person does that alone, so I had to build a good, tight team and work very collaboratively with them.”

Collaboration is a word Brenner uses often. Not only did he and his team work closely with Hudson Yards’ developers but also with their fellow employees at Time Warner. This was to be their new home base, after all, so making sure the space would be tailored to their needs was important. “The whole process was collaboration,” Brenner says, “not necessarily a collaboration in terms of the work but in the question of how we get there. We organized many different collaborative teams, sessions, studies, and surveys to bring people along for the ride, to make sure they understood why we’re doing what we’re doing and what the benefits are.”

Some of those benefits include a company-wide digital branding program, with tactile display screens peppered throughout the space, each offering important events information and insight into the projects going on in different divisions. The divisions themselves are also maintaining their character thanks to the project team’s use of individual color schemes and distinct furniture choices that distinguish the atmosphere of each wing. Everything, Brenner says, from the ergonomics to the graphics and artwork, was carefully chosen. Brenner’s adoption of a kit-of-parts approach will allow workers to personalize the layout as they settle in.

The idea of collaboration also extends to the project team’s workplace design strategy. Whereas Time Warner’s current offices are split roughly half and half between enclosed offices and open space, the new layout will be increasing the amount of open space to around 83 percent.

“We really looked at how we can create spaces where people don’t have to look at their desk or office as their home base,” Brenner says. He also mentions the inclusion of private telephone rooms, communal tech spaces called “huddle rooms,” and an abundance of whiteboards.

While Brenner notes this design strategy is becoming more and more common in the corporate world, he also says it’s still rare in media environments. “Even though we’re in a very large metal and glass building, we are creating an environment that will feel very comfortable and residential in its character,” he says. “That was
intentional.”

That’s a big change, however, and Brenner knows it will require its own adjustment period when employees begin setting up shop in the new space in March 2019. He predicts it will be just as challenging as the general logistics of moving 5,000 employees from several buildings to the new one. He’s in firm control of those logistics, however, having established a migration plan that he hopes will lead to a seamless transition.”Given the breadth of Time Warner’s operation, Brenner’s confidence is inspiring. But so is Time Warner’s new home, which many believe could eclipse Rockefeller Center in terms of architectural grandeur. Brenner laughs at this suggestion, though. “Rockefeller Center will never lose its beauty and attraction,” he says, “but soon Hudson Yards will be another spot in the city that’s just as sexy.”

And that’s where you’ll find Time Warner come 2019—a change for the company, a change for New York, and yet another change for Brenner, who will no doubt find himself faced then with an entirely new set of blueprints. 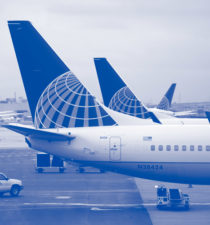 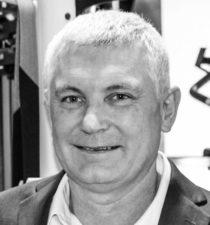 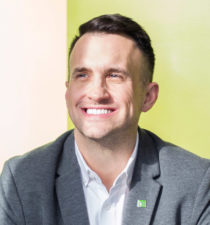