You may not have heard of Skanska, but if you’ve ever been to New York City, you’ve definitely seen their work. The global project development and construction group has been a major player in infrastructure and transportation all over New York City and the tristate area, and they’ve had a hand in rebuilding and refreshing some of New York’s largest bridges. Here are just a few of the iconic bridges that Skanska has helped revitalize over the past two decades: 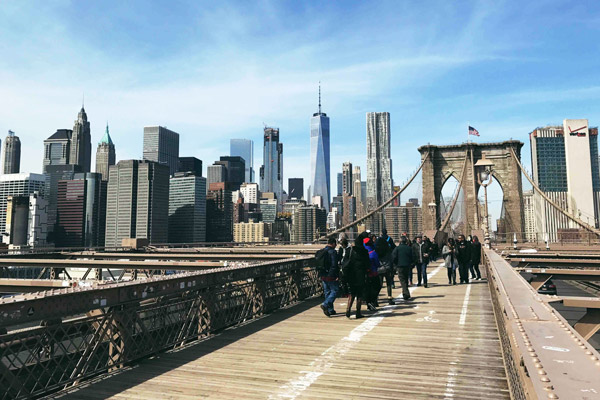 The Brooklyn Bridge first opened in 1883, making it one of the oldest bridges in the United States. Skanska was awarded a contract to rehabilitate the bridge by the New York City Department of Transportation in 2004, and they faced some unique challenges in the process. The bridge is a historic structure, so the company had to take special precautions to preserve its original elements. It was also painted using lead-based paint; Skanska removed the old paint, handled it with an eye towards being environmentally correct, and repainted the entire structure with environmentally compliant paint.

Skanska also had to replace over 600 bridge bearings and reconstruct a number of approaches and ramps in both Brooklyn and Manhattan. The project was completed in 2014.

One of Skanska’s most massive undertakings both physically and financially was the demolition of the Kosciuszko Bridge. The truss bridge, which connected Greenpoint, Brooklyn to Maspeth, Queens, was erected in 1939, but was not up to Interstate safety standards. The decision was made to replace it with a new bridge in 2009.

Construction began in winter 2014, and by October 2017, it was time for the old bridge—all 5 million pounds of it—to come down. The span of the bridge was lowered 125 feet onto two barges in Newtown Creek. Precision was of the utmost importance, according to project manager Dan Murphy. “The jacking towers have to be plumb within a half an inch…the rods that we use to transfer the bridge originally have to be perfectly plumb, perfectly centered on the bearings, and nothing can be out of level more than a 16th of an inch.”

Ultimately Skanska’s team was successful, and the span of the bridge was floated down the East River to a recycling facility. The new Kociuszko Bridge is expected to be completed in 2020. 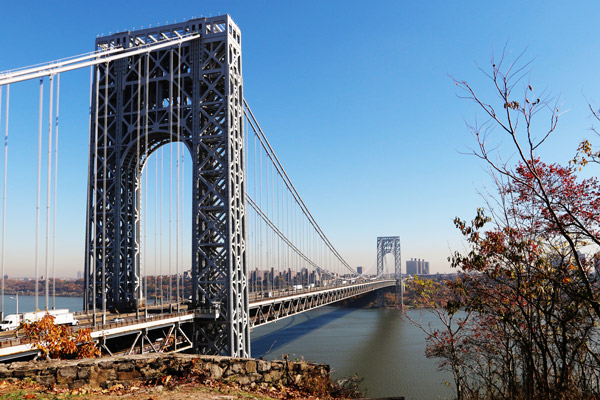 Also known as the GWB, the double-decker suspension bridge is the busiest motor vehicle bridge in the world, with a load of more than 103 million vehicles per year. It’s also one of New York’s most famous landmarks, and has come to be something of a symbol for the city itself. In October 2017, Skanska signed a $452 million-dollar contract with the Port Authority of New York and New Jersey to rehabilitate the bridge.

The specifics of rehabilitation include replacing support structures, protective sleeves, and suspender ropes; rehabilitating the bridge’s main cables; installing dehumidification systems for the main cables and their anchorages; and replacing main span sidewalks and upper level railings with fencing. Construction is underway and expected to be finished in 2025.

The Right Dose for Brand Revival

Designing the Future of Retail at Williams Sonoma