For Liz Rinaldi, one of architecture’s main goals should be to solve problems—not just for the space but also the client and the customer 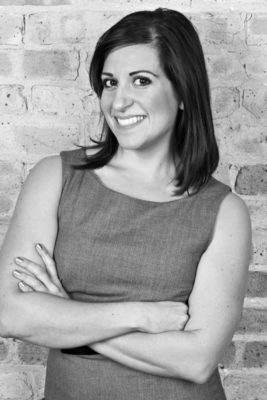 “What is the problem that we’re solving?” It’s the first question that runs through Liz Rinaldi’s head when she’s faced with a new project. Aesthetics are important, sure, but spaces, she asserts, are much more than just physical settings.

As the VP and design director of the retail design group at Arc Worldwide, a brand activation agency, Rinaldi specializes in design and architecture with a purpose.

“It’s about understanding not only your customer but also the client and the brand,” she says. “It’s the whole notion of understanding a brand’s purpose through design.” She describes the retail design group as, on a Venn diagram, “falling in the overlap of architecture and marketing.”

Before arriving at Arc Worldwide, Rinaldi cut her teeth as a senior interior designer at McDonald’s. During her tenure, the juggernaut fast-food chain was in the process of reimagining and remodeling its entire portfolio of restaurants, which gave Rinaldi an opportunity to immerse herself in all aspects of design.

The most valuable lesson—and the one that most informs Rinald’s work at Arc Worldwide—is the concept of architectural inclusivity. Working at a company as ubiquitous as McDonald’s, she found herself catering not to a particular demographic, but to everyone.

“I was challenged to ask myself how to create spaces that are all-inclusive—that are modern and relevant, yet still speak to the brand,” she says. “Creativity is not a magic wand. There has to be a lot of strategy, and if you’re not designing with a purpose or serving those that are intended to be served, then the space is not living up to its fullest potential.”

Two of Rinaldi’s most satisfying projects have been with Arc Worldwide’s parent company, Leo Burnett. Some of her first jobs with the venerable advertising firm were a redesign of the company’s lobby and the conceptualization of a new mother’s room for employees. Here, she discusses how both of them came together—and how her belief in inclusive, functional design factored into the final products.

“A culture of conscious collaboration.” That’s what Rinaldi was tasked with creating when she began developing her strategy for redesigning the Leo Burnett lobby, which is a space for all Publicis Groupe agencies in the building, including Leo Burnett and Arc Worldwide. The challenge was to create an integrated space that would not only serve as a welcome hub for visitors and a respite for employees but also encourage discussion and communality.

Breaking from the formality of bygone eras, Rinaldi and her team envisioned the new lobby as having a residential quality. That meant swapping out an imposing reception desk for a wood dining table and installing nooks that evoked a living room setting. Rinaldi also built out a cafe in the lobby, one that reduces clutter by incorporating iPad-controlled spouts to mask the actual mechanics of the bulky coffee makers. The end result is an open, welcoming space equally suited to casual conversation and alone time.

“It’s nice to give people a break from their desks,” Rinaldi says. “They can go and hide and plug in.” 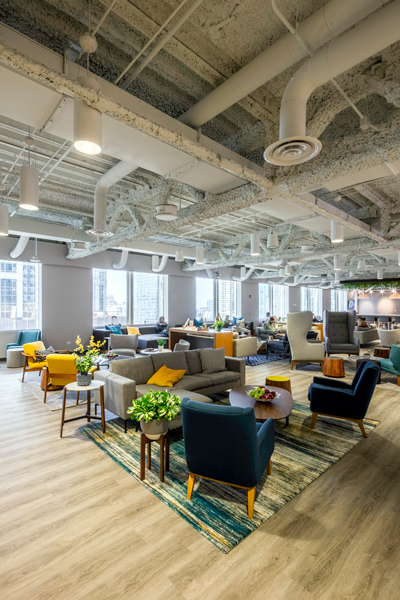 For Rinaldi, one of the most exciting parts of designing the mother’s lounge for Leo Burnett, which employs approximately 40 new moms each year, was that she and her team had the opportunity to start from scratch. While more and more companies are providing such spaces for working mothers, few have had the opportunity to elevate them beyond basic functionality. Having been granted “this gift of space and the dedication of our parent company,” Rinaldi and her team forged their own design to address the numerous needs of new mothers.

After consulting with resource group ParentKind and conducting a great deal of their own research, Rinaldi and her team designed a room that offers privacy, security, and community. Along with eight private lactation rooms, the lounge is equipped with lockers to store pumping bags, a library of children’s books, and a dedicated refrigerator. The 500-square-foot space also has two microwaves, two sinks, and a desk, should a mother want to get some work done in the lounge.

The project has a personal connection for Rinaldi, who cites the long history of incompatibility between motherhood and full-time employment. “Oftentimes, women on the verge of getting leadership roles are at the childbearing age, and in our research, we found that new mothers either end up leaving the company or they stop getting promoted,” Rinaldi says. “We can’t solve all the problems here, but one thing we can do is try to make the transition back to work easier.” 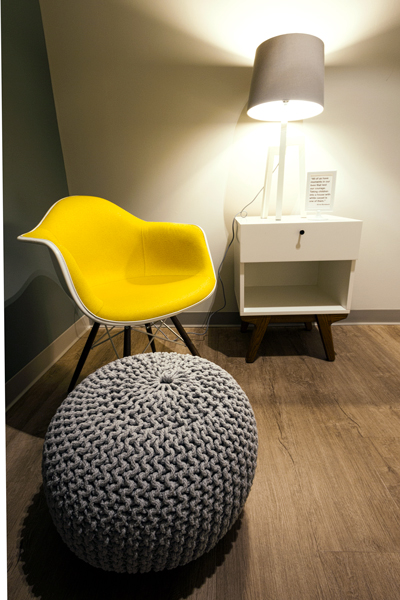 How Steven Spencer’s Horse Racing Past Informs His Day Job

Shelton Anderson Is Propelled to Do More