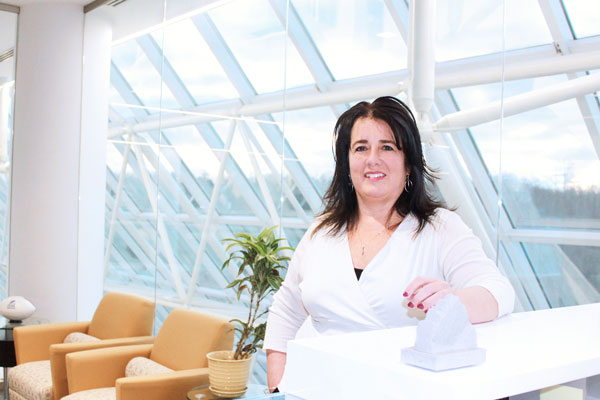 Over the course of her 20-year IT career, Patti Vreeland has developed significant negotiation skills while working out details of contracts with the likes of Microsoft and Dell. In 2006, she leveraged those skills to join USI Insurance Services, one of the largest insurance brokerage and consulting firms in the world, where she is now vice president of corporate real estate and procurement.

In previous positions, she had been responsible for teams of up to 70 people, who supported networks and systems in 120 countries. That required extraordinary management and coordination skills, but she may have set new personal performance records when she successfully oversaw USI’s acquisition of 99 Wells Fargo offices in 2017.

Despite having coordinated many other acquisitions for USI, including a previous transaction in 2014 involving 40 Wells Fargo offices, this was a daunting assignment. “Expansion by acquisition is part of USI’s growth strategy,” Vreeland says. “But, they typically involve individual agencies of up to 50 people or bank deals of up to 300 employees. The scale had never been this large before.”

The deal was announced at the end of June 2017 and was scheduled to close on December 1. It included 2,900 Wells Fargo employees who were transitioned into 70 USI offices. That five-month period also saw 1,100 employees relocated, 17 new offices built, 7 offices renovated, and 35 Wells Fargo leases assigned to USI. In addition, because of banking regulations, USI could not work directly with any of the transitioning staff until after the transaction was completed and they officially became USI employees. Preparations were made so that when they left work on Thursday, November 30, every single element of business—vendor contracts, computer systems and networks, credit cards, utilities, lease assignments, security, postage meters—was aligned with USI and the new employees could hit the ground running when they returned to work Monday morning.

As preparations for the acquisition were under way, USI had 35 other simultaneous lease transactions in 2017, including relocating its corporate headquarters.

Vreeland herself was on 33 flights, spent the night in 41 hotels, toured 134 offices, and was involved in 73 RFPs during this period. However, she also worked closely with some of USI’s longstanding partners. KAD Associates handled office designs and furnishings and developed test-fit drawings and other architectural plans. These were used to maintain design standards and guide local architects and contractors through construction and renovations in various locations.

Cushman & Wakefield located properties that met USI’s requirements and helped negotiate contracts and leases. “Cushman & Wakefield understands how we work and how critical timelines are in this kind of transaction,” Vreeland says. “Even though the spaces we needed were larger, which makes finding suitable locations more difficult, they utilized their network of brokers across the country to help pick landlords who could deliver on time.”

Because USI wants to stay focused on insurance without having to become a construction expert, it requires turnkey build-outs that meet its design standards “We let the building professionals handle the projects,” Vreeland says. “We only manage the expectations.”

She uses a two-stage strategy to manage this type of acquisition. First, Vreeland and her team do extensive analysis to determine current workflows, locations, and evolving trends. Zip code and drive-time analyses are conducted to understand commutes. Metrics are also developed to assess details such as rent and parking charges as a percentage of the projected revenue of each office. These results are used to decide how much square footage is needed for the new groups, how space will be allocated, and how to choose between locations in areas with both former Wells Fargo insurance offices and legacy USI locations.

After the closing, her strategy switches to consolidating operational logistics. This includes local leadership laying out goals and objectives such as how costs will be managed and how new metrics will help determine local-office profitability.

In addition to including standardized design elements such as natural light and features that facilitate collaboration, Vreeland works extensively with USI’s IT team. This enables all offices to be appropriately networked, to adhere to stringent USI security protocols, and to manage logistics for a range of details.

“We have to understand the nuances of each building, so we have weekly meetings tied to the infrastructure side of IT,” Vreeland says. “For example, we installed Microsoft Surface Hubs in many of our locations, which provide touchscreens and highly interactive remote communication, but they’re 84 inches wide and wouldn’t fit in some of the elevators. We knew that ahead of time, so we made arrangements to load them in through the windows.”

Some of the other challenges of the transaction included accommodating energy-efficiency requirements in California, navigating the timing of acquiring appropriate business licenses in Reno and Las Vegas, puzzling out leasing strategies for multiple offices in Chicago; Houston; Charlotte, North Carolina; Seattle; Portland, Oregon; Denver; and Summit, New Jersey, and locating a suitable 40,000-square-foot space in Bloomington, Minnesota. Vendors in every location had to be synchronized as well.

Ultimately, the acquisition increased USI’s rentable square footage and its employee population by more than 40 percent.

“USI’s mergers and acquisitions team is always looking for new opportunities, so this type of operation becomes a way of life for us,” Vreeland says. “And, despite the challenges we faced, the weather was perfect across the entire country the weekend that hundreds of our people were, quite literally, on the move. Sometimes you’re lucky like that and get a little extra help.”