23andMe was founded over a decade ago to create an accessible way for people to understand the human genome, and in recent years, has become the leading consumer genetics testing company. Mirroring its approach of doing what’s right by its customers, the same is true in its approach with employees. 23andMe treats employees to a comprehensive suite of amenities designed to ensure a balance of comfort, happiness, and convenience, such as free organic, locally sourced food, dry cleaning, fitness programs, and even treats at the ready for visiting pets. Much of this is made possible by the Workplace Experience team (also known as “Facilities”), under the leadership of John Parsons.

Parsons’s Workplace Team (“WEx” for short) is tasked with handling everything needed to guarantee the company is offering employees a safe and enjoyable environment—think real estate, strategy and planning, employee services, building operations, health, safety, and security. The team’s work is driven by John’s steadfast philosophy to be “ready, willing, and able,” which has marked his career trajectory since the very beginning.

Better described as a series of unexpected leaps than a straight upward march, Parsons’s career success is a study in boldly seizing opportunities, getting the job done and done well, and using seemingly random events to launch his career to a new level. Desiring to see the world and not so crazy about the idea of heading off to college, he got his start operating and maintaining shipboard electrical systems in the navy. His first civilian roles also included maintenance and electrician work, but he knew he wanted to trade in these gigs for an upward moving career where he could make a difference.

“You’ve got to love what you’re doing for a living, whether it’s digging ditches or building rockets,” he says. “I firmly believe that if you don’t jump out of bed eager to go to work every day, you either need a new job or a new perspective on that job.”

When the 1989 Loma Prieta earthquake struck northern California, Parsons had the chance to prove himself—a theme that would repeat again and again. Then an electrician for a computer company, he jumped in to help track damage and repairs on the campus. This effort combined with that of repair crews in the field allowed almost all of the buildings to reopen the next day so their intact sections could still be used. “I was able to use my military training to help the facilities site manager keep track of everything,” Parsons says. “He saw leadership potential in me and soon after put me on the start-up crew for a new headquarters facility.”

From there, Parsons worked his way up to facilities management leadership roles, spending time at both start-ups and major companies—including Cisco Systems—until he joined 23andMe in 2015, enticed by the opportunity to be a part of a company that was making such a heavy impact on the world. This was the same year that 23andMe received FDA authorization to market the premier direct-to-consumer genetic test.

At the time, the new facilities department included only Parsons and a receptionist. Today, the Workplace Experience team consists of nine in-house professionals (and various contractors) who oversee 23andMe’s two facilities that house more than 600 employees. The team works close together and although they are beginning to get more siloed in the tasks they handle, they still very much have a bootstrapping style, stepping in wherever needed. “We’ve grown together to the point of being like a family,” Parsons says.

Parsons and his team play an integral role in ensuring 23andMe sees continued success as it matures beyond the start-up stage into a leader of personalized health care.

“Start-up folks at the beginning tend to be more self-sufficient and are used to working around processes that don’t exist yet—they have a shoot-from-the-hip mentality and get the job done at any cost,” Parsons explains. “As a company grows, the budget, process, and ‘how’ it gets done become more important. Often, this first generation of employees will move on to other start-ups, making way for a new generation of people who tend to have higher expectations of facilities, and so the company evolves from a self-serve to a more full-service environment.”

That “full-service environment” is exactly where Parsons’s concierge philosophy is reflected. “Concierge in this sense is a mind-set,” Parsons says. It’s about understanding and staying ahead of the problems, then developing thoughtful solutions. Under Parsons’s leadership, the Workplace Team is tasked with balancing employee requests with responsible financial stewardship. But unlike many corporate service delivery teams, which have a mandate to keep costs low with little to no flexibility, at 23AndMe, the default isn’t “no” but rather, “can we make this happen? How?” In addition to the softer benefits like fitness programs, pet perks, and holiday events, the concierge effort also strives to enhance the actual working experience by purchasing easily movable furniture for flexible work arrangements, keeping the offices at a comfortable temperature, ensuring the beer fridge is stocked, and throwing in some fun, too. Offerings are even tailored to the particular location’s needs and specific culture. “Impact, empathy, and compassion play into all that we do,” Parsons notes.

In addition to handling the regular service offerings, Parsons and his team routinely come up with extra initiatives to make employees’ lives easier outside of the workplace. “At many bigger companies, it’s all about saving costs,” Parsons says. “Here, we can make a decision to care for our employees on a more personal level. We know people may not have time to go holiday shopping, for example. Once we planned a holiday fair and brought in local vendors. Every year we set up gift wrapping stations in our offices. Our Diwali celebration is a recent addition that includes lunchtime and end of day food and entertainment. It’s a huge hit with our employees. Chinese New Year and Halloween are also big events for Team WEx.” The employee response to all that Parsons and his team does has been overwhelmingly positive, with people regularly going out of their way to send kudos to the Workplace Team.

Parsons believes in the importance of being a constant source of support, no matter how large or small the needs may be. Guided by the mantra, “Manage Process, Lead People,” Parsons strives to inspire his team to do their best work. When employees were struggling with terrible air quality during the recent Northern California wildfires, he sent out a company-wide email letting employees know about an air filter he found for his home that did wonders for removing smoke particles from the air.

“That’s a little thing, but it’s the kind of personal touch I value because I care about everyone and feel a responsibility towards them—I’m happy to do anything I can to make their lives better.” 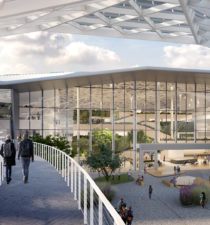 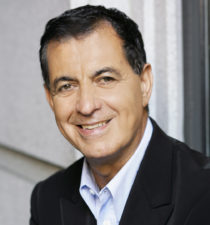 A Partnership for Productivity 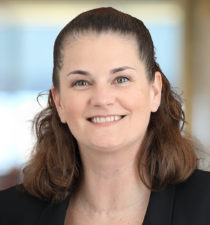 Real Estate as a Tool for Choice