What do Jeff Bezos, Alex Rodriguez, and Elon Musk have in common?

They’ve all invested in Sonder, the tech-enabled apartment and hotel company, building on the Airbnb model but providing a more luxurious experience for its jet-setting clientele. From subletting student apartments to going toe-to-toe with the biggest names in hospitality, the Sonder story is one of massive growth, but with the foresight to not bite off more than it can chew.

The Montreal-born company made its leap to San Francisco in 2016, and almost all of the full-time staff chose to move as well; that’s the belief in Sonder. The market seems to agree: the company reached the “unicorn” one-billion-dollar evaluation last year. 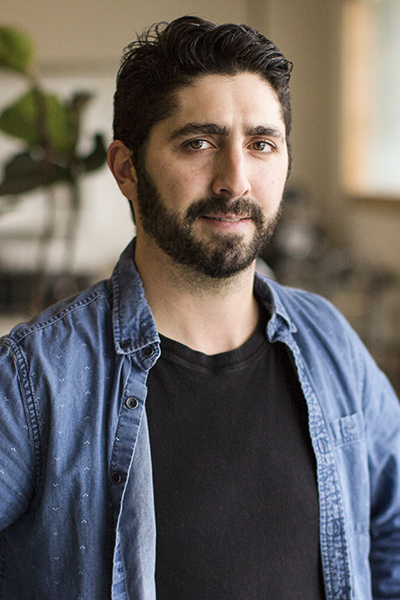 Martin Picard, global head of real estate and cofounder at Sonder, says the last two years have been especially transformative as the company moves away from its community-model roots towards being a disruptor in the hotel and hospitality industry. “After coming to San Francisco, we were able to start looking at partnerships with some of our bigger landlords,” Picard says. “During that time, we began shifting our business away from one-to-five-unit deals to getting full floors and, in some cases, entire buildings. It’s a model that much more resembles a hotel.”

The Best of Home and Hotels

But it’s not exactly fair to call Sonder a hotel brand either, as the features driving the guest experience aren’t exactly commonplace. “Through technology, we are able to create a different experience when it comes to what you might find in a small hotel,” Picard explains. “Through our mobile app, our access to tech, and partnerships we build in the cities we operate, we’re able to offer amenities and a level of service that is much closer to a four-star hotel.”

Picard says that mundane hotel hassles, like requesting more towels, is bypassed via the Sonder app, which will provide the guest a code to a cubby where they are able to grab extra towels as soon as they need them. Connecting to WiFi and requesting delayed checkouts are just a few of the other features available in the app, and more benefits like ordering groceries for long-term stays and a litany of others are in the pipeline. Sonder has found a way to put the hotel lobby in the guest’s phone, available at any time and for virtually any reason.

Moving into hotels has been good business for Sonder. “We’re now in a really good position that went from a small subset of test cases to about 40 to 45 percent of the properties we’re now leasing,” says the cofounder. “The type of hotel we’re going after is also evolving. Two weeks ago, we closed on a 12-key hotel in San Diego, but we also just won a 165-key bid against all of the main contenders in the space.”

The head of real estate says that Sonder is adding between five and ten new markets every year, and while it may seem slow, it’s the smart move. “We obviously don’t want to expand too rapidly until we have some proof points that are validated,” Picard says. “The first year in a new market we tend to move slower, and then really hit the gas after that.” Sonder has put the pedal to the metal in New York City, where they have more than 1,000 apartment or hotel units.

Sonder’s massive growth also can’t come at the expense of bypassing important relationship-building. “The most impactful relationships that we have is on the developer side of the business,” Picard says. “We have to make sure we’re tightly integrated, so that we’re first on their minds when they’re looking at new properties and we can collaborate on how to provide the absolute best guest experience possible.”

When asked what he has been able to bring to Sonder, Picard explains, “I think it can be hard to find people on both the hospitality and real estate side that are creative but maintain a finance mind-set. How can we keep the consumer in mind all along the journey? I think that’s something that hotels have maybe lost over the years, and I think I’m able to make sure that we are growing fast while still keeping a high bar when it comes to financial discipline and putting the guest experience first.”

As Sonder continues to delve into new markets, develop new technology to continue to make a guest’s stay as seamless as possible, and reinvent itself over and over again, there’s one thing that is abundantly clear. It’s not about growth at all costs at Sonder. First come the guests. Then comes the gas.

According to data from a partnership with Proper Insurance, NoiseAware’s privacy-safe noise monitoring solution has been able to reduce guest-related claims as much as 33 percent. NoiseAware provides homeowners and property managers alike with peace of mind through peace and quiet.

Lloyd Chance and His Team Are Building Central Texas Roads