With integrity and humility, Devin Wilson fosters lifelong learning in his current role at Chatham University. As director of facilities, he brings along lessons learned from his post recent post at the Community College of Allegheny County. 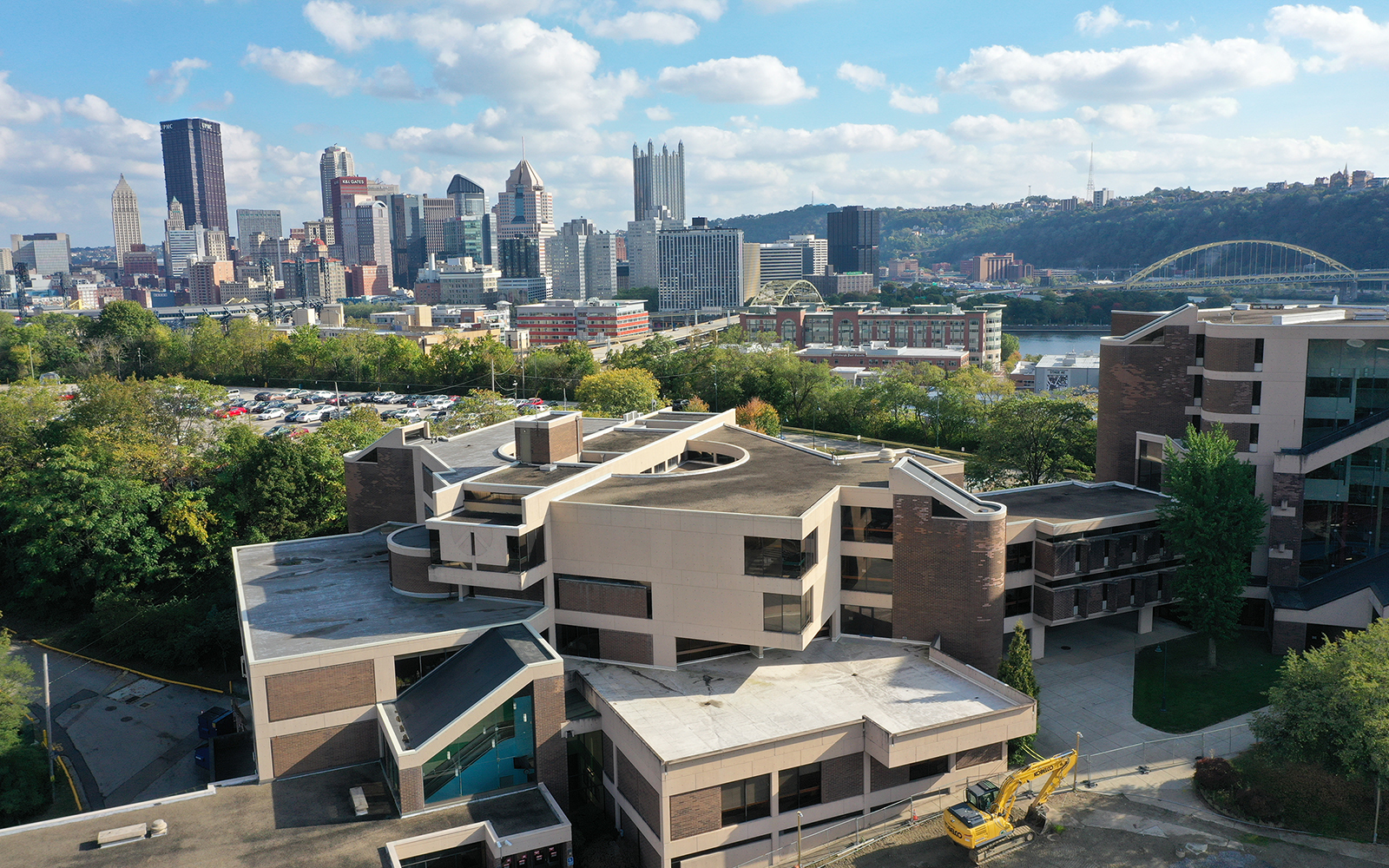 Believe it or not, Devin Wilson is not another on-the-rise construction executive who obsesses over taking credit for what his teams accomplish.

“I don’t spearhead projects,” he says. “It’s us as a department, the facilities department, in collaboration with everyone else around the college that we look to for leadership.”

While the director of facilities at Chatham University, Wilson still shies away from taking a victory lap for his resulting impact as assistant vice president of facilities at the Community College of Allegheny County (CCAC). He anchored the infrastructure of its campuses and learning centers that support over 16,000 students. He oversaw teams that rolled out renovations and on-site improvements, including securing the funding for other college projects.

Since Wilson wore the hat of a project manager (among others), he collaborated with regional presidents, executive directors, student leaders, and supervisors from each CCAC campus to ensure that construction plans met the needs of students and faculty.

“Communication, in my opinion, is one of the biggest challenges that any position in any field faces,” Wilson says. “But that is my number one thing I’m charged with: making sure everyone knows what’s going on and making sure everybody’s on the same page. Just bringing those minds together for one cause.”

Wilson also fostered relationships with outside firms and contractors. When push comes to shove, the end result was a sound display of situational leadership. “The way you relay messages in different settings, from anyone that you come in contact with, from board members to tradesmen to the president of the college, you have to tailor it,” Wilson says. “That’s where that situational leadership comes in. Know your audience.”

If drastic times call for drastic measures, then Wilson proved to be a perfect fit for CCAC during the pandemic. When the community college system launched an initiative to mitigate COVID-19 at its facilities, his teams paired IoT sensors with their local building automation system. “A lot of educational institutions were given different types of aid and funding,” he says. “We wanted to make sure we were able to touch as many people as we could around the college or on the campuses.”

Not only did it provide each CCAC campus and center with real-time occupancy, but it also created a platform for Siemens Enlighted sensors to share data with the JCI Metasys platform that allows the HVAC to be adjusted automatically.

“I credit our VP of Facilities Carlos Vasquez,” Wilson says. “He came to us from the University of Texas at El Paso. It was a similar project, but it was only the lighting aspect of it. We added the element of incorporating HVAC controls.” His forward-thinking and innovative mindset will ultimately make the college a better place once completed.

Still, how does Wilson move the needle on projects where the stakes are high? Before he started his tenure at CCAC, he served as a master plumber at Arconic, a Pittsburgh-based aluminum products company, where he maintained every plumbing system it owned. After he established his expertise for three years, he explored opportunities beyond his trade.

“That’s how I was able to broaden my horizons on the other things that were going on in the other trades—working closely with the electricians, the HVAC techs, and equipment that had to deal with steam and chilled water systems,” he reflects. “That’s where I gained a lot of my knowledge and a lot of my experience within facilities from a hands-on perspective.”

Once Wilson joined CCAC as a physical plant supervisor in 2017, he directed maintenance and security teams at one of its campuses. Then, CCAC promoted him to interim business manager in 2020. Within just a few years, he shaped its operations across maintenance, housekeeping, custodial, and finance.

However, Wilson warns that his success did not come overnight. Leave it to the educational administrator to show you what it takes to change careers like he did. “You have to be a lifelong learner,” Wilson says. “When you drive a car off the lot, how much value does it lose? Well, it’s the same thing with education. As soon as you learn something, someone else is coming up with something new that you should become familiar with.”

Editor’s note: At the time of publication, Devin Wilson is now director of facilities at Chatham University.

Huckestein Mechanical is proud to work with Devin Wilson and the Community College of Allegheny County to build and improve our education infrastructure. Huckestein has been a respected name in the mechanical contracting industry for nearly 70 years. We design, build, service and maintain non-residential HVAC systems. We are a key steward in the communities we serve and a preeminent participant in the resilience of our region.

How Jason Toth Does More with Less