At the University of Toledo, Jason Toth helps address challenges created by the area’s shrinking population 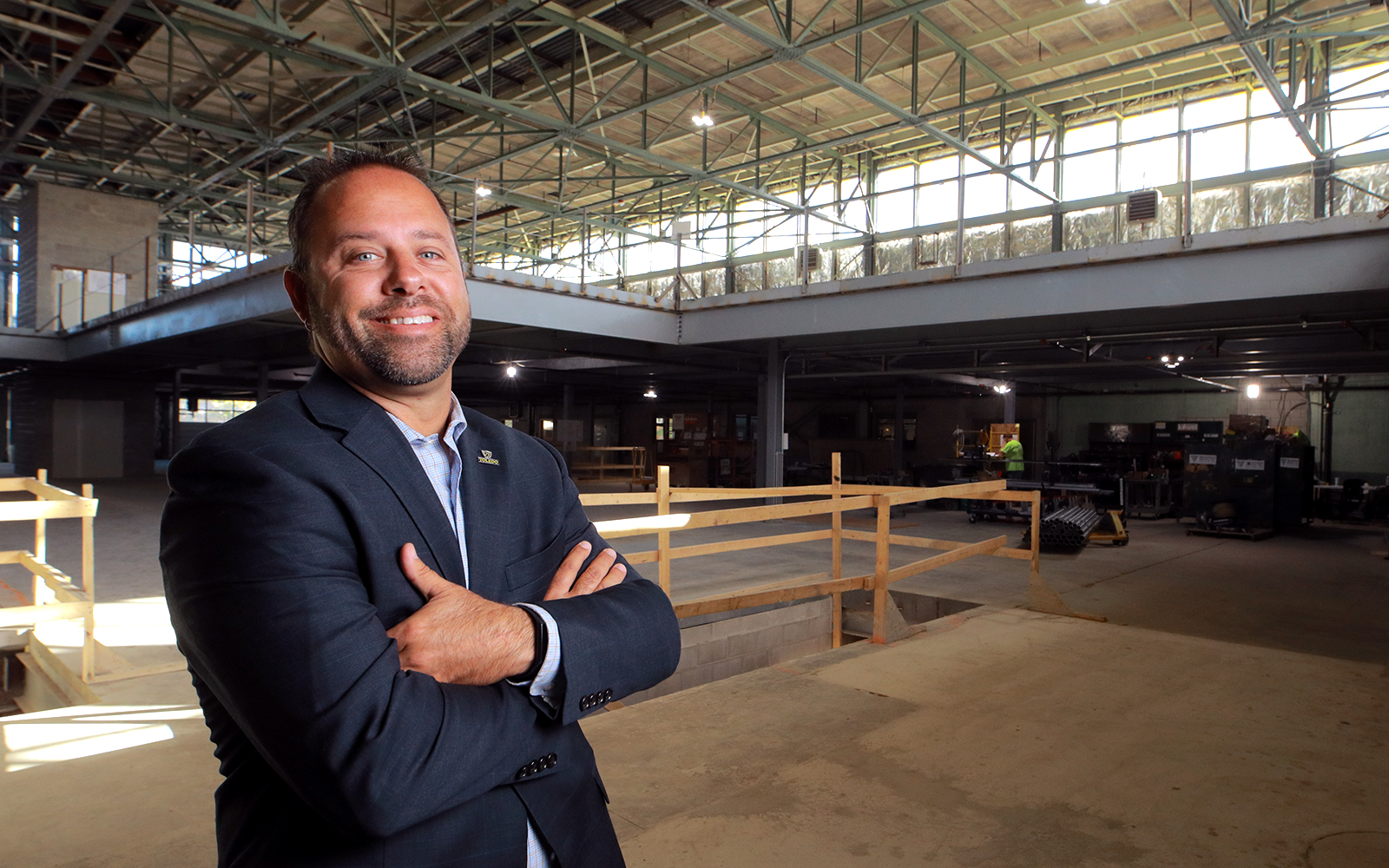 Once upon a time, Toledo, Ohio, was an economic force to be reckoned with. Like many other Midwestern towns, the city solidified itself as a manufacturing hub during the auto boom. So long as automakers kept opening more plants, its residents had plentiful job opportunities.

Fast-forward to the present, and Ohio is experiencing a brain drain. Statewide, college students are 12 percent more likely to leave Ohio upon graduation than they are to stay. That means it’s especially important for Jason Toth to restart the other growth engine Toledo relies on.

As senior associate vice president for administration at the University of Toledo (UT)—a four-year institution plagued by budget cuts—Toth is tasked with managing its construction, facilities, and supply chain. No matter how good, bad, or ugly it gets, he feels pressure to deliver more ROI on every dollar invested into its infrastructure.

“We’re always behind the eight ball trying to improve our campuses to keep up with the competitive nature of higher education as the student population across the country is shrinking,” he explains. “We’re all eating from the same pie and we’re all trying to get a little bit larger slice. It’s a very competitive market as we’re in this arms race, just like they are in college athletics to try and recruit athletes. We’re all trying to recruit the same students to come to our institution.”

It’s a challenging situation, especially since student enrollment at UT is down 24.4 percent since 2016. While student enrollment at US colleges dropped about 9 percent from 2016 to 2021, according to the National Student Clearinghouse Research Center, UT is still behind the average. Toth explains why: “It’s largely based upon the population shrink in northwest Ohio. As an institution, we’re largely commuter based, so if the population isn’t here, it has a direct impact on our enrollment.”

UT’s board of trustees responded by approving the Campus Master Plan, which included a goal of reducing the campus buildings footprint by 1.2 million square feet. “If we can shrink the amount of space that our capital has to go towards, that obviously helps,” Toth says. “We can effectively do more because we have less space that we’re trying to sprinkle that money across.”

When a company posts job descriptions for construction and facilities managers, they usually forget to include demolition in the list of responsibilities. On top of figuring out how UT would use 15 percent less space, Toth still needed to move forward with new building projects. One such project was to support the university’s College of Engineering and its need for purpose-built space after having taken ownership of former O I Glass Inc. manufacturing buildings.  But once he realized the solution was standing right in front of him, the rest was history.

Toth considered the fact that UT spent $25 million converting the Memorial Field House, a basketball arena on-campus that lacked tenants, into an academic and administrative facility in 2007 (before he was hired). It added 80,000 square feet of floor space to the building, which includes classrooms and offices.

Inspired by the project, Toth decided his team would renovate the manufacturing high-bay warehouse for the UT College of Engineering to hold classes in. “We’re going to move them inside of square footage that we already have and eliminate an older building that’s not functioning at a very high level—that strategically, through the master plan, we’re looking to get rid of,” he says.

When it comes to the UT North Engineering Laboratory/Classroom renovation, Toth and his team are following the approach that kept Memorial Field House open. In other words, they replaced its old roof with a new one and are close to completing the construction of a second floor within the building shell.

“We’re currently wrapping up phase two, which was to build the structure inside to create the second floor,” Toth explains. “And within a couple of weeks, we’re going to pivot into phase three, which is the build-out of the classroom and interior spaces, with the goal of having those online when classes start in August of 2023.”

And remember how Toth needed to make the UT campus smaller? Well, he listened.

“When that project is completed, it will allow us to demolish a building by the name of Palmer Hall, where the labs and classrooms exist today. In the end we will achieve a net space reduction of over 45,000 square feet.”

Believe it or not, in part because of Toth’s hands-on leadership, his team will exceed their goal by 300,000 square feet. However, he fought for every inch.

“I’ve got a great team,” Toth says. “I’ve been fortunate to be able to retain and recruit several members of my management team, and they’ve all embraced my leadership style. They echo that out to the staff.”

He continues, “We continue to grow and build. We understand that we are a service organization and that despite the challenges we face that we need to rise above and overcome them. We’re not going to accept that negativity as a group.”

JDRM is a proud partner with the University of Toledo. JDRM has worked closely with the University of Toledo and Jason Toth for over a decade providing engineering services for facilities and construction. JDRM’s core foundation is rooted in the design of commercial, educational, government, healthcare, industrial, and recreational facilities. JDRM Engineering Inc., founded in 1995, is a consulting engineering firm providing professional engineering services to architectural firms and contractors.