Paul Stevens joined Twin Peaks for a chance to move fast and build the young brand from the ground up. Eight years later, it’s thriving. 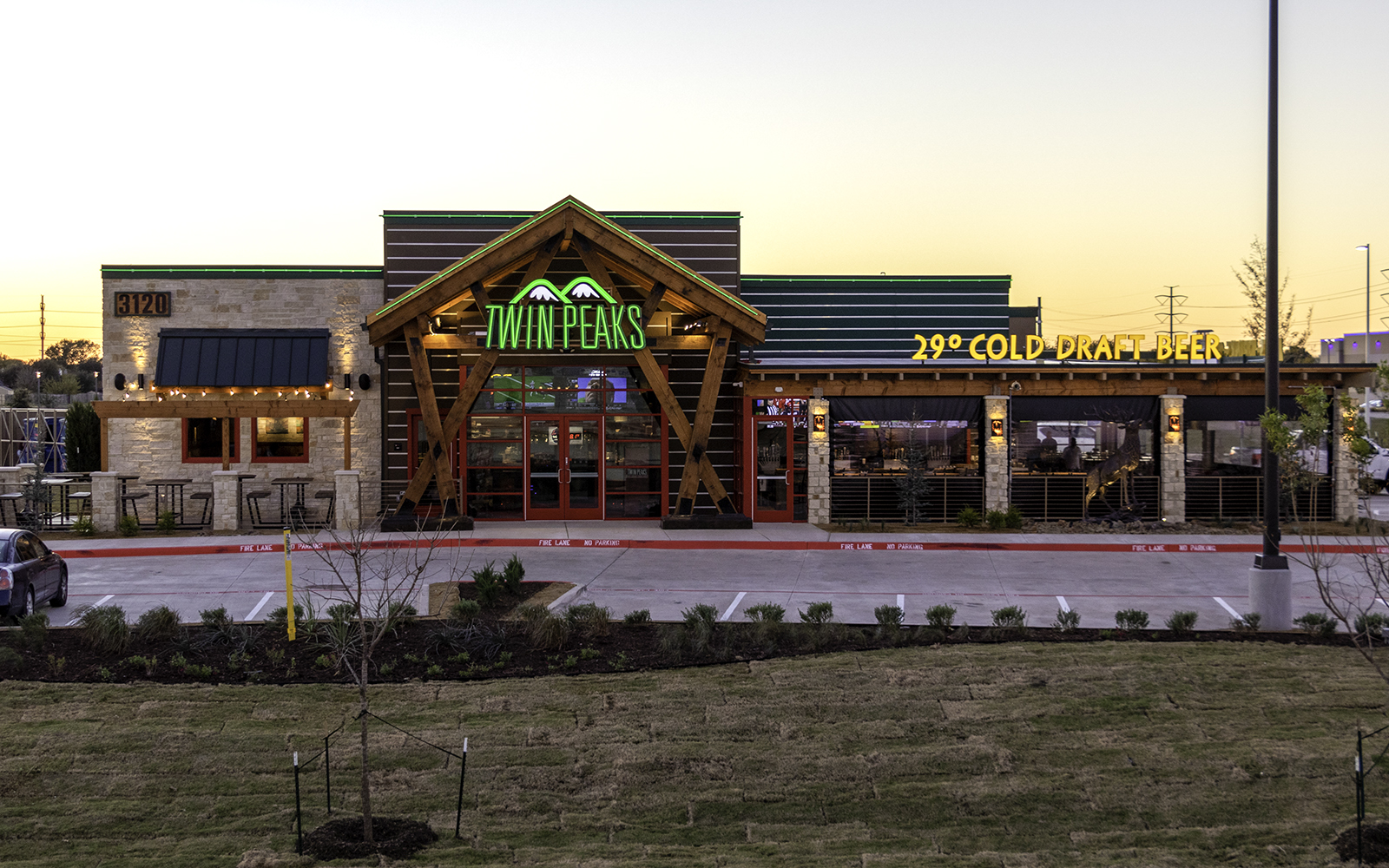 Paul Stevens always heard the stories. Throughout his 12 years at one of the nation’s largest restaurant chains, he heard a great deal about the early years of the company, when there were still only thirty or so locations of the then-upstart chain. The days when everyone was involved with everything, and decisions were made by a small, smart group of people.

“[Later] my former company was this massive organization, and we were all focused on a small slice of the pie,” Stevens explains. “I just always imagined being somewhere that would have been like all of those ‘early years’ stories I’d heard about: a place where you can be entrepreneurial and move fast.”

That’s partly what drew Stevens to Twin Peaks in 2014. The young brand was making a name for itself as a fast riser in the casual dining and sports viewing experience space. Unlike any of its competition, however, Twin Peaks’ food was made from scratch. The brand had around 45 restaurants at that moment in time. Eight years and two promotions later, Stevens is senior director of design and development, and the number of Twin Peaks restaurants is approaching 100, with international development starting to kick into gear.

Stevens and his team have managed this growth while staying agile. A couple of key decision-makers are responsible for most moves, and Stevens says the relentless pursuit of improvement and the commitment demonstrated by a team of true entrepreneurs is what keeps his team so lean.

“Some organizations have [a] design-by-committee [approach], so you’ve got marketing types and focus groups that will evaluate your designs, keeping a scorecard on reactions to your colors, and you end up running every idea up the flagpole,” Stevens says. “We don’t have any of that. We’re driven to win by our leadership, and we’re willing to try something new.”

Stevens says he always thinks of something his boss told him. Winning by three points is a good thing, but Twin Peaks wants to win 10-0. That mindset drives his team to examine outcomes to figure out where they could do better. The director’s own work doesn’t end when a restaurant design is completed and the doors are opened to customers.

“I will design a kitchen layout based on the knowledge that I get working with my culinary and operations leaders. We then will go back three or six months after opening and see how the staff is actually using it,” Stevens explains. “It gives you a better-informed understanding for future designs, and that whole philosophy applies to all aspects of our building design. It makes for a lot of air travel, but it’s been a key to our success.”

Stevens’s team has had particularly good luck with restaurant conversions. In a landscape where 80 percent of restaurants fail within the first five years of opening, there are a lot of second-chance spaces available for Twin Peaks to convert—and they’ve been perfecting the art of creating value out of failure.

“It genuinely pains me to redesign a space that I may have helped build out a decade ago,” Stevens says. “But Twin Peaks has been able to be successful in so many different types of buildings that we know how to take advantage of opportunities that others might not see.”

The senior director says franchisees are increasingly seeing Twin Peaks outpacing its competition, and they want to get in on the action. If you’re in the casual dining space, there’s a good chance your franchisees have at least had a conversation about converting. They’ve seen how Twin Peaks has been able to take vacant space and turn it into gold.

Case in point: the Man Cave. Birthed initially in the suburbs of Atlanta, the Man Cave was created to utilize a converted dining room that had far too much space.

“A franchisee decided to try and create a secondary space where you could sit on a leather couch with your buddies and enjoy a premium cocktail, and maybe even a cigar,” Stevens says. “It’s away from the main dining area and can act as a VIP dining area with upscale finishes and upscale service. We took that initial idea and tweaked it a bit until we got the results we needed.”

The idea has hit big, and Stevens is currently in the process of designing a prototype that can be part of future builds where the opportunity exists. It’s the entrepreneurial spirit exemplified. A small team created a great idea, executed on it, and watched it bloom.

With great success comes more challenges, of course. Stevens’s team is now helping Twin Peaks expand internationally, with a 30-restaurant deal in place for Mexico. The first three projects are all located within Mexico City, and one in Cancun is about to open.

To make it on the global stage, it’s vital to find the right partners, Stevens says. His team has to create the infrastructure, find the supply chain for food, and locate the right fixtures, furniture, and kitchen equipment. All those efforts require strong partnerships.

The kitchen and the food are two points that Stevens mentions frequently. While the brand might be known for its cold beer and attractive servers, Stevens thinks that the food and service are what has made Twin Peaks so successful.

“People try and compare us to a Hooters, and I just don’t see it that way,” Stevens says. “All of our food is made from scratch, and we continually innovate new food items. Our kitchens are substantial, and we prioritize executing a superior menu. If it wasn’t for the excellent food and the service, I don’t think we would have built such lasting success.”

That success held even during the disastrous pandemic years, which shuttered many restaurants. In a particularly challenging time for anyone in the restaurant industry, Twin Peaks seems to be towering above its competition.

The mission of Bark House is to elevate the regenerative capacity of the Appalachian Forest through the manufacturing of bark wall finishes to reconnect people and nature. To learn more, contact sales@barkhouse.com.

TriMark has been one of the country’s largest providers for over half a century of design services, equipment, and supplies to the foodservice industry. TriMark offers foodservice operators an unparalleled level of service by combining the hands-on support and local market knowledge of a strong regional supplier with the purchasing strength, industry expertise, delivery, warranty service, service and repair, and installation capabilities of a national company.

In an industry where style, resilience and ease of maintenance is vital, Karndean Designflooring is a proven choice for the demands of fine dining, bars and restaurants. As seen in Twin Peaks locations throughout the country.

How Mike Toftely Found His Niche

Michael Phelps Shares How to Repurpose Your Headquarters