It’s well known that South Florida, and the Miami-Dade markets in particular, are quite different from the rest of the United States. Whether it’s the array of languages that are spoken on the streets, the variety of cuisines offered by the wealth of restaurants, and the polyglot of media in languages other than English, the area has a distinctly international feel.

This distinction isn’t limited to the sizable Cuban influence historically associated with Miami. South Florida appeals to visitors, part-time residents, and naturalized immigrants from other continents—Europe and South America in particular. With roots in Montreal, Quebec, and having worked in St. Petersburg, Russia, Neil Fairman, CEO and founder of The Plaza Group, is well traveled enough himself to understand a consumer base with backgrounds that cross multiple borders.

Fairman also seems to have a knack for generational trends, which can transcend culture and country of origin. Instead of building for golfers and sunbathers—characteristics of the retirement-age subset that outsiders might automatically equate with Florida—his twin-tower Marina Palms Yacht Club & Residences in North Miami Beach promotes an active lifestyle on the water.

Marina Palms’ 468 units in two 25-story buildings have direct access to a 112-slip marina; the base of the development sits on the city’s Maule Lake section of Florida’s intracoastal waterway. It is the first development in the county built with a full-service marina/yacht club feature since the mid-1990s. Some berths accommodate yachts up to 100 feet in length. Residents who opt for kayaks can venture up the mangrove-lined banks of the Oleta River.

Fairman, operating in a joint venture with Miami-based DevStar Group, designed the building for younger occupants, with two- and three-bedroom floor plans that range in size from 1,750 to 2,800 square feet and can accommodate families.

“Our buyers are in their late 30s to 50s,” Fairman told The Real Deal, a South Florida real estate news publication. “We felt there could be a boating or marina lifestyle, where you can live in a community, go down the elevator to your boat and have a concierge be able to bring you what you need.”

The first tower was completed in 2015 and all units sold out before completion. At press time, the second tower was scheduled for completion by the end of 2016 and projected to have four penthouse units, the largest of which will have four bedrooms within 4,320 square feet. On its 14-acre site, the development also will have a children’s playroom, club room with bar and billiard table, full-service gym, infinity-edge pool, premium-level concierge services, sauna, spa, and steam room. Each residence has smart-home technologies, solid-core doors, sound-insulated walls, as well as Sub-Zero and Wolf appliances in the kitchen and freestanding soaking tubs in master bathrooms. Open floor plans in common areas with 9-foot ceilings accommodate individual design schemes.

The appeal of the development goes far beyond the snowbird set. No fewer than six Brazilian publications have reported on the development, and about 40 percent of condominium sales have been to people from Brazil. Of course, given the mixture of cultures and backgrounds that make up South Florida, it’s not really surprising to consider that Marina Palms attracts a global market. 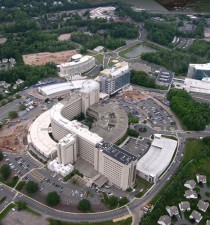 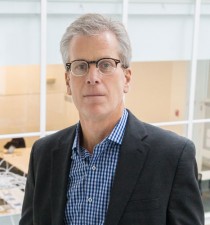 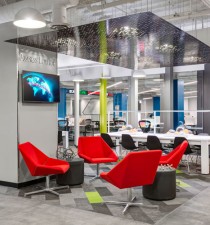 Regus Creates Workspaces of the Future 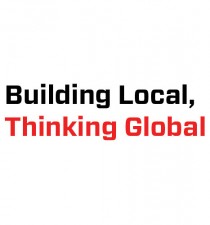