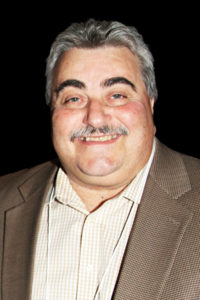 For decades, corporations in the United States had a stereotypical look and design.

Traditional work spaces were built to house people doing their own tasks. But just as technology, globalization, and shifts in the 21st century culture of work have transformed employment, these same factors are also leading to changes in physical spaces.

Fresenius Medical Care North America (FMCNA) is headquartered across four different campus locations in Waltham and Lexington, Massachusetts. The company, which is focused on offering high-quality care to people with chronic renal conditions, is also the world’s only fully vertically integrated renal company. The physical plant houses specialty pharmacy and laboratory services, clinical, and product development, as well as manufacturing, marketing, distribution, and other departments.

In renewing its leases, Fresenius was able to ensure its current footprint for the next 12 years. This also appeared to be the ideal time for corporate team members to examine ways to “open up” the current work environment.

“There has been a company-wide push toward creating a more vibrant, open space, recognizing that it will lead to greater collaboration across work teams,” says John Gioioso, senior director of corporate building operations and real estate at FMCNA. “Clearly, this is the direction that tech companies like Google have gone in. But even traditional industries and companies are seeing the benefits in opening up their work places.”

“Think of it almost like a lounge area. People will stop and socialize. The goal is that this will create synergies that don’t happen when people remain in silos.”

While Gioioso does not believe one will see employees at Fresenius tossing around footballs anytime soon, he and his corporate team partners believe that there are benefits to drawing people out of their traditional workspaces and into common areas. Enhancing communication is one of them. It’s also a nod to recognizing the changing dynamics and demographics commonly found in the workplace.

“For us, that means traditional cubicles are being replaced by sit/stand stations and neighborhoods that are all part of an open space plan,” Gioioso says. “One obvious benefit is that it will reduce our corporate footprint in Waltham and Lexington by 28 percent to accommodate the company’s continued growth.

“There will be more open space,” he continues. “This creates areas for people to come together, knowing that people talking in a less structured way can lead to greater collaboration in the workplace.”

Gioioso recognizes that there isn’t one single definition of open space. Currently, the transition at Fresenius will involve “lots of new furniture” and a design scheme that is clearly less traditional. He adds that “we’re definitely adding some new colors and lighting things up, too.”

So how will the new layout and design appear?

“Think of it almost like a lounge area,” Gioioso explains. “People will stop and socialize. The goal is that this will create synergies that don’t happen when people remain in silos.”

Gioioso is quick to mention that this isn’t simply a matter of mandating that everyone exists in an office.

“It’s a combination of better utilizing our floor space,” he says. “This will allow employees to gather in soft seating and open areas, but there will also be places that allow individuals and groups to focus, too.”

While fully invested philosophically in the process, Gioioso admits that making this happen over the next four years is going to be challenging. Simply rearranging and creating new open areas would be a large enough task, but doing it in the midst of the day-to-day operations at the company is an added wrinkle. That being said, he wholeheartedly embraces this change.

“We’ll be making these changes without vacating buildings or even entire departments,” he says. “Then in Lexington, we’re constructing a connector between two buildings. This will enhance people moving. People no longer will have to leave one space, go outside, and then enter the other building; it will be much more seamless.”

Then, there is the complicated matter that this involves two different landlords. But Gioioso is confident in meeting the challenge by drawing on more than three decades of experience. He elaborates on the qualities and skills that he believes are essential in his role and industry. Gioioso leads a staff of 33 locally, as well as outsourced staff across the country. He stresses that collaborative leadership is essential.

“I have to make sure people are on the same page, and we do this very early on in the process,” he says. “We can’t get six months into a major project and realize that we don’t have buy-in, or that some people aren’t clear about what’s going to happen. We work really hard at managing expectations up front.”

In addition to people movement, Gioioso also oversees elements of maintenance, procurement, security, and technology. And his final role involves him sharing his experience with others by serving as a professor at Boston University’s Center for Professional Education and Real Estate Studies Program.

With the company’s commitment to effective collaboration and evolving culture of work, Gioioso has developed his own methods for ensuring success for himself and his team.

“Don’t rely exclusively on our technology,” he explains. “I have a rule that if you can’t figure something out with two e-mails, pick up the phone, or talk to the person face-to-face. This nips so many issues in the bud before they become major problems.”

Collaborative leadership put into practice is a sure recipe for success. And it’s one being lived out at Fresenius Medical Care North America.

“John truly understands how high-performance workspace can reflect and enforce a company’s culture. His experience and leadership throughout many design and construction projects resulted in a dynamic and collaborative new space for Fresenius. We look forward to working with John for years to come as he is truly one of our industry’s innovators.” —Bryan Koop, EVP Boston Region for Boston Properties