Brian Watson of Northstar Commercial Partners isn’t just a font of wisdom for the real estate market—he’s collected a gold mine’s worth of knowledge that he shares on TV and in print. The key to obtaining all this knowledge? Simply listen. 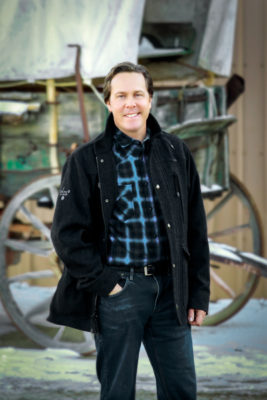 More than anything, Brian Watson listens. He travels across the country to hear people he admires share their thoughts and experiences. After losing a bid for a seat in the Colorado House of Representatives several years ago, he continued to listen to constituents and found a way for people to work together. Two years ago, he listened to one of his contractors tell him about a friend who hadn’t been paid on a development deal that had busted.

“This project had gone into financial struggles,” says Watson, founder of Northstar Commercial Partners, a Denver-based, privately held commercial real estate investment company. “So we went out and connected with the seven or more different people and companies who had done different work on this project and hadn’t been paid. They’d filed a mechanics lien to get paid on this project on the west side of Denver.”

Watson saw the opportunity. He brought the workers together, bought the property, made sure each of them got paid, and ended up employing many of them on Northstar’s new retail/mixed-use development for the property. He says it’s exciting to see something that had previously been busted turn into a positive not only for those who had worked at the site, but also for the community itself. Of course, it’s also just the latest example of turning a potential negative into something beneficial for others.

A few months, ago, Watson and Northstar bought a 30-acre plot of land in Denver for a little more than $7.7 million that will be used to develop affordable housing, retail, and even a CrossFit center specifically centered around veterans.

“I met a young man who had approached me—he was a veteran himself and involved in different programs,” Watson says. “A lot of his friends were coming back and weren’t matriculating back into society, and in some extreme cases, were taking their own lives. It broke my heart. . . . I ended up hiring this young veteran who shared this vision of creating an environment where you could have affordable housing for people who have served our country, and we developed this idea.”

In addition to retail, the development will also have workplaces where veterans can get hands-on training for employment. Although he says the government and public can contribute to the project if they choose, he’s happy for it to be a private-sector solution and hopes that he can do it in other areas around the country as well.

Watson has been listening since he was a child. His parents were both entrepreneurs and business was discussed around the dinner table at night. After putting himself through college and earning a degree in real estate, he spent seven years with Cushman & Wakefield before founding Northstar 17 years ago.

Nevertheless, as vital as real estate is to Watson’s livelihood, it’s still just one part. When he lost the 2012 election for a seat in the Colorado House of Representatives, he woke up the next morning and went to the office with an idea. That idea turned into a program called Opportunity Coalition in which diverse speakers (typically a successful businessperson) come to the community to speak with local professionals.

“I thought, ‘Wouldn’t it be interesting to create an environment where people can come together, share their golden nuggets of wisdom, and create an environment that could build bridges and break down barriers among diverse people and create more opportunity for all?’ New people have found jobs through this. New grassroots community initiatives have been launched. People have started nonprofits together,” he says.

It’s also led to more media exposure. The coalition spurred a TV series, Mountains of Opportunity, that has run on a variety of major cable networks. In the series, Watson picks an entrepreneur in Colorado to feature and spreads positive encouragement about business and opportunity. He also recently had his first book, The 7 Rings, published, in which he shares many life lessons and wisdom for entrepreneurs and others.

Net sales proceeds from the book go to various charities, and Watson underwrites the majority of the Opportunity Coalition himself as a way to support and  encourage others. He says he not only loves to be able to help create jobs and opportunities for people, but also to see others realize their goals and aspirations. For a real estate professional who’s seen both the hottest and worst economies since the Great Depression, money and financial gain has not been the key to success for Watson. It’s the knowledge he’s received and now shares with others.

“You can do well by doing good,” he says. “Oftentimes, people think those are in contrast with each other—that somebody has to lose in order for somebody to do good. I think a lot of those people come from this ‘single slice of pie’ theory—that everybody’s fighting over this one little slice of pie. We flipped it on its head and said, ‘We’re in the pie-making business. We’re just going to make more pies that more people can benefit from.’”

10 Nuggets of Wisdom From Brian Watson

As part of the Opportunity Coalition, Brian Watson of Northstar Commercial Partners invites speakers to share their wisdom with local businesspeople and develops “10 Nuggets” of wisdom he pulls from each presentation. Here are 10 nuggets of wisdom from American Builders Quarterly’s discussion with Watson.

“Real estate is still absolutely a people business and a relationship business. You have to look somebody in the eye. You have to shake their hand, create value for them, and focus on that relationship of trust.”

2. Divisiveness can be overcome

“With Opportunity Coalition, you have democrats and republicans, liberals and conservatives, males and females, people of different races in the room, different economic backgrounds. . . . We want to create an environment that helps to build bonds and bridges, because I think we can achieve more together than alone at the end of the day.”

3. Learn two things from every single person you meet

4. Don’t stop doing what you love

“I think we were created to create. Retirement is not one of my life goals. I want to always be involved and create value for others.”

“My employees know I’m the first one in the trenches, and I’m the last one to get out. I’m willing to take the bullets, help set strategy, and lead on the field. It says a lot when you’re willing to only do and ask of others what you would do yourself.”

6. Keep your eyes open for opportunity

“When I founded Northstar, I drove by a building in lower downtown Denver—a beautiful old historic building—and there was a Benjamin Moore Paint sign on the building. I pulled an owner’s report and found out Benjamin Moore owned it. So at 20-something years of age, I called up the CFO. They were willing to meet with me. We bought all their excess real estate in five cities from coast to coast across America in one transaction.”

7. Love what you do, but don’t let it consume you

“I enjoy family time and being in the outdoors. You can work 24 hours a day if you wanted to, but you need to make sure you have downtime as well.”

“We’re all going to have ups and downs, but do you learn something from it?”

You can collect more information about Watson’s work, lessons he’s learned, and advice to be gained from brianwatson.us.

Brinkmann Constructors provides turnkey construction management services from pre-construction through completion. We are dedicated to adding the most value to every step of the construction process by providing guidance and creative solutions to building owners that allow us to build faster and provide real cost-savings to our clients. www.AskBrinkmann.com

Fresenius is Open for Collaboration

How ConopCo Makes Dreams a Reality

Naveen Abraham and the Power of Planning

A Better Kind of Better