In the town of Normal, Illinois, squarely between Chicago and St. Louis, sits the state’s oldest public higher education institution, Illinois State University (ISU). Serving 21,000 undergraduate and graduate students, it has the kinds of august structures one expects on such a long-established campus, as well as barns and a new grain building at its Farm in nearby Lexington, Illinois, that serves more than just its agricultural school.

But a new academic function in an existing building now rises on its main campus that teaches about issues originating far from Normal. ISU’s College of Applied Science and Technology’s cybersecurity degree program is getting a new $5.7 million classroom renovation to an existing building, funded in part by a grant from State Farm Insurance, that will be a whopping 8,786 square feet.

David Gill, the university’s director of planning and construction, oversees all major planning, design, construction, and renovation projects at ISU. A LEED-certified GA architect with a solid background in private sector facilities management prior to landing at Illinois State, he is keenly engaged in the cybersecurity building development.

It might be described as an infill project. It expands the academic footprint in a building that includes a data center and replaces an existing parking lot. It also includes an additional 17,000 square feet of shell construction to serve future ISU academic growth.

But another way “infill” might describe this is the project was not part of the school’s Master Plan 2010-2030. The Plan supports broader strategies of the university, yet the State Farm funding prompted shoehorning it in.

“Plans need to be documented and updated as strategic academic interests, conditions, and priorities change,” says Gill, who has been part of the plan almost since he arrived in early 2013. “[This is] not a static plan or document. The development framework needs to align with current needs, which often change.”

That kind of adaptability is necessary in the management of hundreds of buildings, the evolving needs of higher education, and how he manages a staff of about 14 professionals and 6 student employees. Fortunately, Gill has both the educational and professional résumé to prepare him for just this purpose. But he says earlier life experiences, as a hockey player and a hockey coach, were most informative.

“Coaching amateur sports involves people skills, analysis, coaching, strategy and motivation, and public relations skills for dealing with the overzealous parents,” Gill says, who was offered a minor hockey league contract while studying environmental studies at the University of Manitoba but declined to instead pursue his degree. “Strategy and motivation are skills I am very good at. These really were my formative years when I started on my path to developing leadership and management skills.”

After getting a master’s degree in architecture from the University of Texas at Austin, Gill eventually followed his instincts for shaping built environments via facilities planning. He was largely in the private sector (hospitals and senior living environments), with demanding deadlines driven by return-on-investment objectives. Now at ISU for the better part of a decade, he finds that public institutions have many pluses and some minuses.

“One of the pros of working in a state system is that the pace of project work is more reasonable,” says Gill, adding that this is consistent with creating campus facilities that are expected and need to last many decades.

The fact that government procurement rules and regulations are constrictive—and Illinois’ current fiscal status is poor—creates some challenges for Gill and his department. With an average of 300 projects underway at any given time, and a capital budget of $300 million, they tap into general state revenues and also bond issues for projects that qualify. Some of the newer residential hall developments are done as public-private partnerships, where a construction company builds the residence hall with a plan to eventually purchase it outright by ISU (a common practice used by universities elsewhere).

Gill emphasizes how he is ultimately responsible to support the goals of the university itself. “Master planning involves and is intimately associated with the capture of new university community opportunities and the expansion of existing programs,” he says. “It relates to academic and methods improvements, plant replacement economics, and other investments of an infrastructure or technological nature.”

There is also a little bit of university marketing that Gill plays a role in. The campus’ student center, a 1970s brutalist structure, is currently being revitalized with decidedly twenty-first century openness. It is a highlight for initial campus visits and recruitment tours, and an excellent example of building preservation, adaptation, and sustainability.

Gill shares that sustainability is a personal value, something he’s adhered to since reading Garrett Hardin’s article “The Tragedy of the Commons” in college. It’s clear he understands the importance of durable campus buildings—as well as the enduring knowledge acquired within them. 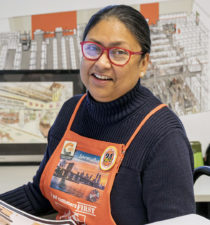 Sarmistha Boal Is Built to Be a Doer 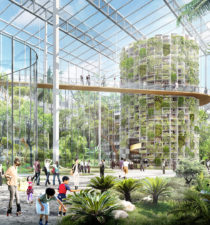 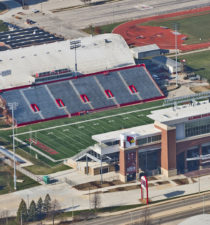 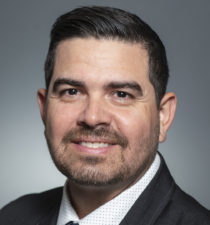 Brandon Brito Identifies the Right Asset for the Right Client