For her ground-up revamp of the iconic Dwarf House, Jenn Allstun made a point of staying true to the history of both the Chick-fil-A brand and the restaurant building itself 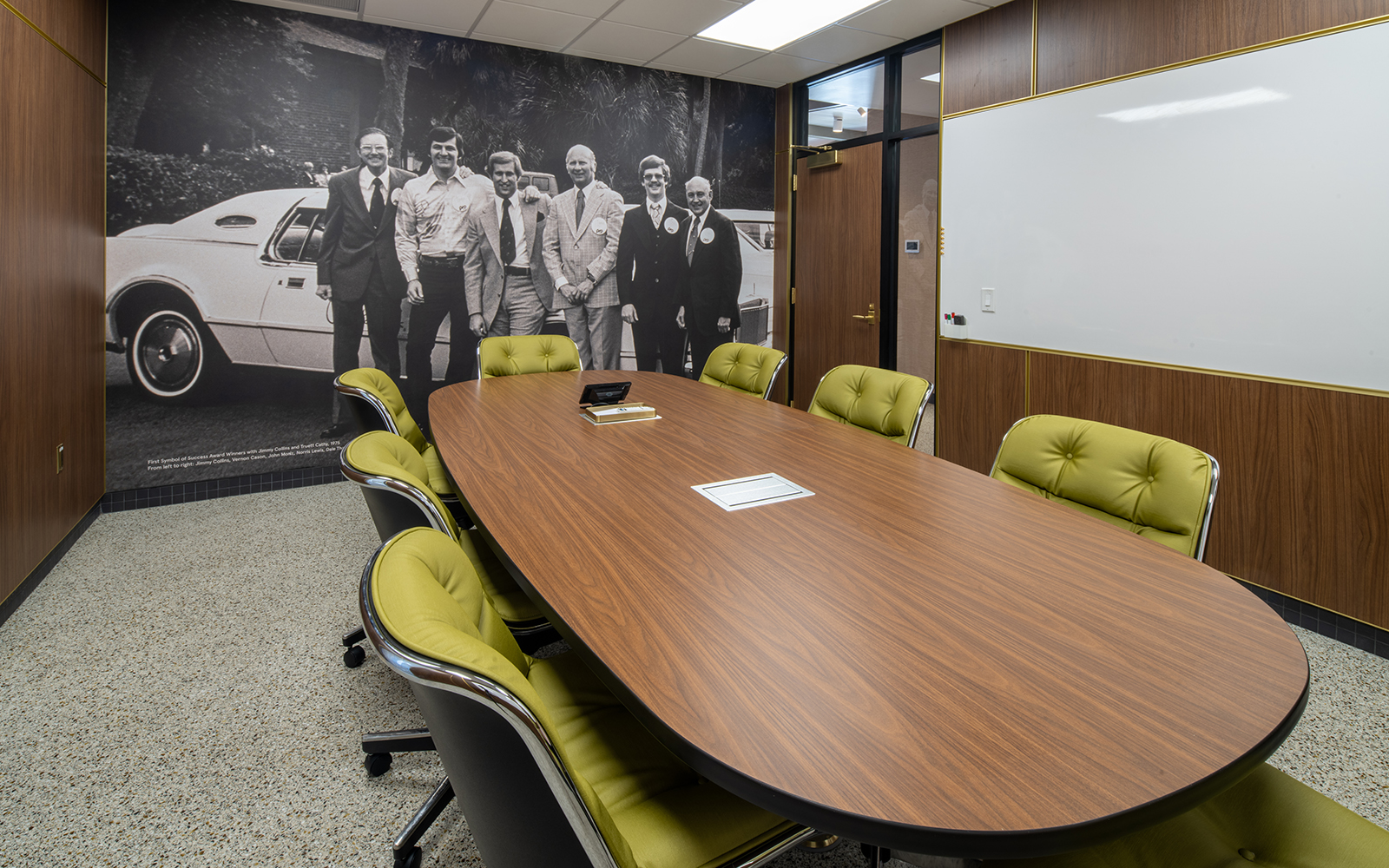 Every successful business starts somewhere. For national fast food restaurant chain Chick-fil-A, that somewhere is the Dwarf House in Hapeville, Georgia—the site of a recent scrape and rebuild helmed by Jenn Allstun.

“The Dwarf House originated in 1946,” Allstun says. “The original Chick-fil-A Chicken Sandwich was created in that building. One of the biggest pieces of this project was to understand the legacy of how it all began.”

As senior principal design lead for restaurant development in Chick-fil-A’s southeast region, Allstun is responsible for projects related to the historically significant S. Truett Cathy properties, named for the company’s founder. When tasked with transforming the Dwarf House into a brand home for Chick-fil-A, she knew that functional upgrades would need to go hand in hand with cultural preservation. To that end, she has collaborated closely with company team members and community patrons, in the hope that the new restaurant will resonate with newcomers and long-time guests.

Allstun started the Dwarf House project some three years ago. Since then, she has brought her signature holistic perspective to every stage of the remodel. “It was about doing the research and making sure we really focused on this building, the people who occupied it, and the people who are going to occupy it,” she elaborates. “We did probably 400 to 500 hours of research—literally digging through archives, looking at photos, and talking to people who knew Truett and the Dwarf House. We heard these amazing stories and started to connect it back to the building.”

The research process reinforced Allstun’s commitment to highlighting the Dwarf House’s rich history in her design. That meant paying homage to not only the 1967 iteration of the building beloved by present-day guests but also the original building from 1946 and a remodeled version from 1957. As a solution, Allstun created an outdoor pavilion area that ushers guests into the restaurant while revealing details about the very first Dwarf House structure.

“We designed the site like a walking architectural timeline,” Allstun explains. “As you enter the site from North Central Ave, you walk through the threshold of where the 1946 building stood. As you continue, you will see the ledgestone chimney and planters from the 1957 addition, next you pass the red roof structure and dining area of the 1967 building, and finally [walk into] the self-serve dining of Chick-fil-A. All of these stops along the path tell a story that reflects the past, present, and future of the Dwarf House.”

Along that timeline, guests will encounter recognizable features of the 1967 building, like its “little red door” and diamond-patterned stained-glass windows. Allstun was also able to repurpose more than 10,000 of the building’s original bricks into the new design. She drew further inspiration from period-specific architecture across the greater Atlanta region, including the airport whose workers numbered among the Dwarf House’s earliest customers.

Allstun connected with people in the local community throughout the project to get the design right, and she put just as much thought into how Chick-fil-A could continue to serve the community during construction. “We came up with the idea of opening our Truett’s Chick-fil-A Catering and Delivery location, which is about a quarter of a mile away, as another way to serve our guests while we were shut down,” she says.

The catering and delivery location will remain in operation—even once the Dwarf House reopens—to ease the burden on the primary kitchen. Kitchen functionality has been a top design priority for Allstun, as the internal layout will directly impact the experience of both Chick-fil-A team members and restaurant guests.

“The building needs to function as a restaurant first,” she says. “It was important for me to talk to the team that actually operates the restaurant to understand how it’s going to work for them. We wanted to take out as many kitchen complications so they can really focus on the guest experience.”

The Dwarf House’s external layout is similarly guest-focused, with designated bus parking spaces, car charging stations, outdoor play areas, and more. Allstun strives to accommodate everyone, whether a guest is stopping in for dessert at Zelma’s Pie Shop (an in-house pie shop celebrating the eponymous legacy team member) or picking up a simple grab-and-go order.

For Allstun, the project reflects the broader intersection between preservation and evolution at which Chick-fil-A finds itself. “We’re trying to honor our past and carry that legacy forward, while also staying sustainable and serving our guests where they are today,” she says. “As our business continues to grow, we’re constantly evaluating all possible design components to ensure we’re taking care of our customers the best way we can.”

As the Dwarf House welcomes back the Hapeville community and beyond, Allstun is excited to watch guests interact with the new space—and discover its history.

“We wanted the Dwarf House to be a living legacy, not just telling the stories with plaques on the walls but incorporating them into the design,” Allstun says. “I think a lot of people who were nervous about us taking down the 1967 building are going to come back and see that we actually added so much more.”

Manolo Almagro on the Age of Automation

Brian Pratt Is Building for the Future