This is largely the result of the era in which the hospital was constructed. Between 1933 and 1971, there were no earthquakes in California that exceeded 5.0 in magnitude, so many facilities didn’t address seismic safety during that stretch. In 1971, though, the San Fernando earthquake (also known as the Sylmar earthquake) destroyed Olive View Hospital, an 880-bed facility that was 98 percent complete. “It was your standard large cross, with four wings coming out of a central core, and at the end of each wing was an external stairwell,” Hurlbut says. “All four stairwells peeled off the building and fell over, so anyone who had been in the building couldn’t have gotten out.”

It was a wake-up call for California, and the state quickly passed legislation exempting municipalities from permitting and inspecting hospitals and skilled-nursing facilities in the state. Instead, the Office of Statewide Health Planning and Development (OSHPD) now checks plans, issues building permits, assists with inspections, and oversees a seismic-retrofit program meant to strengthen all hospitals enough to remain functional after an earthquake. “All buildings that don’t meet seismic standards have to be replaced by 2030,” Hurlbut says.

That program, according to Hurlbut, was the biggest impetus for Stanford Hospital & Clinics’ current renewal project. The system received partially OSHPD-compliant upgrades in 1973 and 1989, but its new revitalization effort entails both new construction and the expansion, renovation, and modernization of a number of existing facilities, including the one million-square-foot, 613-bed Stanford Hospital; the 500,000-square-foot, 311-bed Lucile Packard Children’s Hospital; the Hoover Medical Campus; and the Stanford University School of Medicine. In addition to meeting seismic-safety requirements, the improvements will help the health system accommodate new medical technology and increase its capacity.

Perhaps the most difficult element of the program to complete has been a new 824,000-square-foot hospital, which will be connected to the current Stanford Hospital (for both inpatient and outpatient services) by an overhead pedestrian bridge and an underground tunnel. It will feature 368 private patient rooms and an emergency department more than twice the size of the current one, with an enlarged Level I trauma center.

It’s the building’s size that has presented challenges. Stanford University comprises 9,000 acres, 500 of which are in Palo Alto and the remainder of which are in unincorporated Santa Clara County, so Hurlbut and his team had to get a special entitlement to construct their new facility. “Palo Alto was concerned about increased traffic, impact on the environment, and the height of the building, which at seven stories exceeds the city’s three-story limit,” Hurlbut says. All told, it took four to five years to get the city’s approval, and the project finally took off in 2011. It didn’t break ground until May 2013.

In keeping with the original goal of constructing a seismically sound facility, the hospital uses base isolation, a technique developed to prevent or minimize damage during an earthquake. Unlike a fixed-base building, which is built directly on the ground and can sustain extensive damage when subjected to an earthquake’s motion, a base-isolated building is separated from the ground by flexible pads. As a result, it moves with earthquakes, similar to the way a car with an automotive suspension can travel unjostled over rough ground. “The building can actually move three feet in either direction, for a total movement of six feet,” Hurlbut says.

In addition to its seismic functionality, its design, by Rafael Viñoly Architects, is “absolutely stunning,” according to Hurlbut. When visitors enter the lobby, they will encounter a large, travertine stone wall, a three-story atrium, and a wonderful centerpiece of art. The building’s first two floors will house facilities such as the emergency department, operating rooms, and labs, and the third will feature four acres of green roof connecting four seven-story pavilions at one end of the hospital. Each of the pavilions will have four floors of cantilevered space that will hang over the building’s third-floor landscaping. “It’s designed to provide a link between the science of the lower floors and the caring of the top four floors, which will house single-patient rooms,” Hurlbut says.

The hospital, currently 25-percent complete, is scheduled to open for patients in 2018. “People who look at the renderings say, ‘Wow, that’s a hospital? That’s amazing,’” Hurlbut says. “Imagine what they’ll say when it’s complete.” 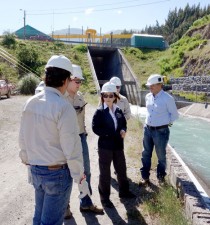 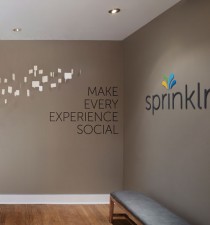 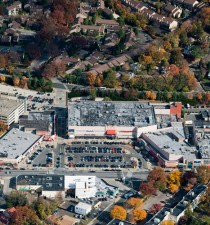 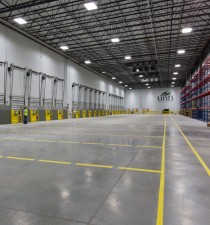