How did you get started as an architect?
At a young age, I was preoccupied with painting and drawing before my introduction to music in the ninth grade. Around my later high school years, my highly renowned music professor was convinced that I would become a concert pianist. During this time, I recall being in Buffalo [in New York] on a date, and there was a striking building—completely abandoned and in great need of attention—which I could not quite understand or believe could even exist. I lied down on the ground for a long time, looking up, studying it, reimagining it, and at that moment I realized I wanted to become an architect.

Do you remember what building it was?
It turns out this building was none other than [Louis] Sullivan’s Prudential Building, about 10 years prior to being fully renovated. I entered architecture school knowing absolutely nothing about it, so I felt like a diamond in the rough. Despite this self-attributed handicap, I strangely received much recognition, which was surprising, as my knowledge of buildings and construction was quite limited. That said, I have always felt in tune with the artistic aspects of architecture, which effectively carried me forward with ease.

How did your background in art and music end up influencing your work as an architect?
There is a quote from [Johann Wolfgang von] Goethe which states that architecture is like “music frozen in time.” I try to use architecture—and the procession through it—in the same way that a piece of music would be written and received. When I see the work of others, I invariably find myself asking, “Do you play the piano?” or, “Do you paint?” because painters intimately understand the difference between foreground, middle ground, and background. To ask it differently: “At what point in the composition’s depth do you find yourself?” Musicians similarly have an understanding of rhythm—when various elements should be two or when they should be three—and how things march along and where the emphasis exists. Painting and music have, in these manners and others, inserted themselves in my work and helped me tremendously as an architect.

You’ve become known for leapfrogging between various architectural styles. What led you to embrace the full spectrum of aesthetics from traditional to modern?
My music professor had this large house with a multitude of different rooms with different pianos. I would arrive for my lessons, and she would say, ‘What do you want to play today?’ I would answer Rachmaninoff, and she would say, “Oh, no no, you can’t play Rachmaninoff on this piano,” and so we would head up to another room with a different piano, and she would say, “This is the piano that you would play that on.” Then I would ask to play Bach, and she would say, “Oh, no no,” and we’d have to go to another room in the house to play Bach on a different piano. In this way, I quickly learned to toggle between styles. Just like music, which is all made from the same notes, architecture is all made from the same pieces of materiality and color, be it a coarse taupe sandstone or a refined, lacquered wood. It’s simply a matter of what is emphasized and in what direction it wishes to go.

How does location further influence the direction of a project?
There are homes we’ve done where you feel like you’re in the midst of wilderness yet there are houses flanking on all sides. It’s simply a method of posturing the windows in the right way. … Often, the process in siting architecture is that you see a site and you say, “OK, where shall I place the building on the site?” More often than not, we’re working in urban settings where we have to put the house on the site in a certain location, at which point it becomes, “What can we do with detailing and window-scapes and access points?” It’s at that point where we really begin to respond to the site and create these scapes, views, and entrances unique to the site. I find many people mistakenly believe the location process happens in a heartbeat, but it’s certainly quite the opposite.

Renovations and additions form a considerable portion of your portfolio. How do you apply your design philosophy in those situations?
I typically look at renovation as adding another ending on a piece of music and making the addition seamless. However, there are times when you want to counterpoint what’s already there, which is an entirely different approach. It’s a matter of imposing the architectural language of a specific time in history where you want the building to sit. If the existing building doesn’t have the language, then no choice exists other than recreating the language of its history. One house we completed years ago was brand-new, and so I asked a historian what time period he thought it was from. He was certain it was an existing structure and very old, so I found some humor in that exchange.
______________________________________________________________________

An excellent case study from the modernist end of Donald Lococo’s repertoire, this home was originally built in the 1970s and later owned by Dave Grohl, famed member of the rock bands Nirvana and Foo Fighters. Lococo’s renovation added Winsdor windows to the once-dark entry façade and expanses of glass in the major living spaces. The home’s aesthetic is still undeniably modern, but Lococo’s use of brown and tan paneling and touches such as bird’s nest-inspired light fixtures and swivel stools of reclaimed wood and wrought iron are warm counterpoints to the clean lines of the design.

Lococo’s passion for detail and his deft ability to work in traditional architectural motifs is strongly evident in his renovation of this historic American Foursquare home overlooking the Potomac River. The dwelling was previously owned by a Supreme Court Justice, but Lococo’s clients purchased the property in a state of disrepair and handed it over to his team for a complete face-lift.

Lococo reorganized the interior layout to take advantage of window views and improve the “choreography” of the space. His team replaced windows, installed a new portico and front dormers, and completely reimagined the home’s master suite. The most impressive update, however, was an addition to the rear of the house that expanded the kitchen, living, and dining rooms—the most frequently used spaces—and gave them an inspiring view of the river below.

Nestled into a bucolic landscape in the rolling hills of Virginia, this new, 13,000-square-foot, five-bedroom, eight-bath home is within eyeshot of its property’s historic barn and makes creative references to the architecture of its region. Rustic stone walls and board-and-batten siding blend seamlessly on the outside, looking as though they’ve been there for generations. Inside, elegant trim work and cabinetry contrast with distressed wood floors (repurposed from old fencing) and timber rafters in a seemingly effortless composition. Although the home has a timeless feel, it incorporates high-end, contemporary fixtures and features, including custom windows from Quality Window and Door Company in nearby Beltsville, Maryland. 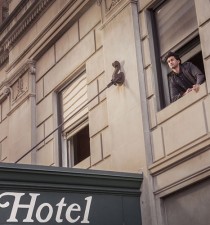 A History of Hospitality 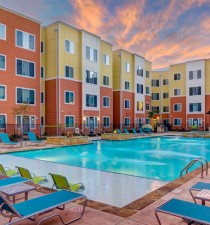 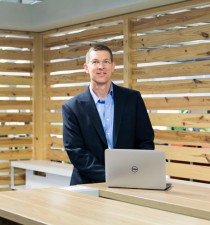