In early 2013, Houston-based Amegy Bank faced negotiations for a new lease at its headquarters. The building was operating under favorable terms for its 175,000-square-foot lease, which was signed during a trough in the city’s commercial real estate market. The market is now much more robust than when the lease was inked, so Amegy Bank knew rent dues would rise substantially. However, when the landlord provided an opening figure, it was shockingly high, recalls Kelly Foreman, the bank’s senior vice president and corporate real estate and facilities manager.

Prior to the landlord’s proposal, Amegy had not considered the option to self-finance and build its own headquarters. Since the previous lease negotiation the bank had grown significantly, and it needed more space. After continued lease negotiations, an investigation of options to lease other spaces, and financial analysis of the new build option, the bank decided to take a significant step in constructing its own home and hired a development manager for the project.

Opened in early 2017, Amegy’s new 24-story tower has become a distinctive new addition to the Houston skyline. Punctuated by a large Amegy sign and LEDs that create kinetic lighting effects on the structure’s exterior notched north and south corners, the building draws attention from Houston commuters on the nearby (and heavily trafficked) Interstate 610 loop. A canted top crown that hides rooftop infrastructure adds more flair as well. All in all, the skyscraper has become a new beacon for the bank’s brand, and proclaims the company’s current status as a major player in Texas’s full-service banking industry.

The interior design led by Gensler makes for a far more comfortable and inviting atmosphere for employees, customers, and community groups who are invited to use its spacious conference center. The modern comforts of the building include sub-floor ventilation with individual thermal control at workstations and in offices; extensive daylighting; vastly improved visitor access control and wayfinding; a café shared by customers, employees, and tenants; and a new employee café with a ninth-floor outdoor terrace boasting expansive views of the city.

When hunting for a suitable build site for a headquarters with numerous amenities, bank officials were determined to remain in the vibrant Galleria area, but real estate was in short supply. The best option turned out to be a lot that included technology retailer Micro Center’s Houston store. The retailer agreed to a property sale and a move from its well-established location to one a few miles away.

Given the rare opportunity to devise a new headquarters from scratch, the design team considered several options for floor layout and amenities.

“We wanted to make sure we do this correctly because we were not going to do something like this for another 50 years,” Foreman says.

Part of the programming exercise included employee surveys across all functions of the organization. Foreman recalls the key finding from PDR Corporation, an architectural firm with a strategy consultancy: “You don’t have a workplace that reflects your culture.”

For example, the company prides itself on a family atmosphere that includes extensive support of Houston’s nonprofit and arts groups, as well as other charitable organizations. It frequently hosts meetings and events for these groups, but the building was not as welcoming to visiting volunteers. Access and security protocols for guests were convoluted, and wayfinding was confusing.

The existing headquarters design had another basic flaw. “It didn’t reflect how agile we are as an organization,” Foreman says. The traditional office and workspace concept as embodied at the existing headquarters did not feature many collaborative spaces, for instance. The new building, by contrast, has numerous rooms and nooks in every corner of the workspace floors for both formal and informal collaboration.

The spacious conference center is equally multifaceted and is able to be used for large events or broken down into four smaller areas with movable partitions. The conference space itself features state-of-the-art meeting presentation technology, and the employee café doubles as a collaborative workspace that will host recreational events and programs.

Workspace floor design was also guided by company values. “The trend is to go all open with no perimeter offices,” notes Giancarlo Perossa, vice president, design and construction manager, for Amegy. That’s a sharp contrast from the old standard with corner offices on all floors and along outside walls distributed according to hierarchical status. “We took a hybrid approach and maintained perimeter offices, but there are no corner offices,” Perossa says. The notched corners of the building are available as collaborative or quiet space for anyone to use.

All perimeter offices have transparent walls to allow in as much daylight as possible from the floor-to-ceiling exterior fenestration to the interior. Extensive daylighting and personal thermal controls make workspaces a more comfortable and healthy environment for workers.

About 125,000 square feet of the 400,000-square-foot structure will be offered for lease. Parking is hidden in seven stories of garage space below the occupied floors. This arrangement allowed designers to include expansive green space at ground level because surface parking was not necessary. The landscaped grounds also include a walking trail.

Programming and basic design concepts of the headquarters have rippled through other recent Amegy projects, including the historic downtown Esperson building. The iconic structure—the tallest Houston building of its day—presented challenges for creating a modern office environment. For example, a plenum had to be installed to accommodate contemporary HVAC and other infrastructure elements. Where possible, though, designers left the existing 10-foot ceiling open. “This allowed us to show people the bones of the building,” Perossa says.

“The headquarters experience has informed other projects including our retail sites,” Foreman adds. The headquarters project also heralds a new era in Amegy’s approach to space design and to banking. The contrast between old and new is as sharp as the view of the bank’s new home on the city’s skyline. 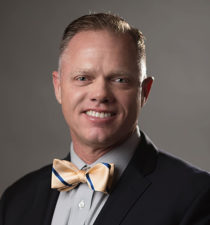 To Protect and Serve 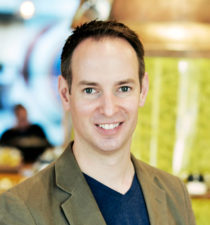 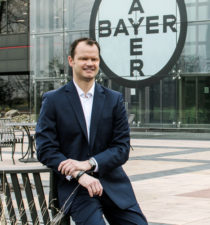 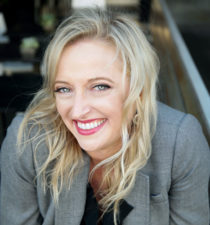