Petu Kummala has always wanted to be a designer. At 10 years old, he painted flames on the side of his motorcycle. As a teen, he created a checkerboard pattern on his car.

“I’ve always been attracted to creating things and to taking what already exists and improving it,” Kummala says.

As an adult, that led him to Kone-Plan OY/Deltamarin Group, a firm that specializes in ship design and engineering, where one of his clients was Carnival Cruise Line. That is where he met Joe Farcus, the legendary designer who was involved in creating the interiors of all Carnival’s ships from 1975 until his retirement in 2013. When Farcus offered Kummala the opportunity to join his firm, Kummala says that it took less than 10 seconds for him to make his decision.

After working on designs for 17 Carnival and nine Costa ships, as well as a few other brands, Kummala launched 358 Design, which he still operates. But in 2015, Carnival asked him to join its staff, where he is now director, interior design & architecture.

Besides dealing with salt and humidity, marine design presents a number of other unique challenges. Cruise ships are dynamic vessels that flex and vibrate, which means that every element must not only adapt to their distinct structural limitations but also be secured and supported while remaining cosmetically appealing.

For example, Kummala points out that on modern cruise ships, most of what appear to be wooden beams are actually printed aluminum or other faux treatments. This helps reduce weight and improve moisture resistance while maintaining an appealing aesthetic. Ceiling heights, which are relatively low, also present challenges. Design teams must find a balance between demand for passenger capacity and accommodating infrastructure requirements, which result in walls and ceilings that hide extensive networks of pipes, ducts, and cables. Solutions typically include bright colors, a variety of textures, and decorative lights that enhance spaces to make them feel larger. Designers must also try to conceal technical structures and make them look like part of the design.

Although these sorts of space and design challenges are typical, they also present tremendous opportunities for creating innovative solutions—and that is one of Kummala’s favorite parts of his job.

“I love developing creative ways to solve problems,” he says. “Since space is limited, you have to be clever, resourceful, and efficient by delivering ideas that are practical but that still maintain the desired atmosphere and flow. There’s no point in designing something awesome that’s so complicated or expensive that it doesn’t get built.”

Many innovations are created in collaboration with designers, shipbuilders, and contractors. In one instance, Kummala and his colleagues developed a chandelier using a proprietary resin that was less expensive, lighter, and easier to support and secure than a traditional glass fixture. In spite of his extensive construction experience, Kummala admits that the builders can also offer helpful advice on seemingly simple issues, such as how to eliminate visible screws or provide easy access for maintenance after construction is completed.

Kummala has successfully collaborated with a variety of outside vendors and contractors, including Molteni & C. “During our years of working with Petu, we have appreciated his professionalism and competence in ship design,” the company said in a statement. “He really loves his job and strives to find collaborative solutions. Working with Petu has greatly enhanced our experience in the marine field.”

Massimo Colautti of SimCoVR also had glowing things to say about his work with Kummala. “It is difficult for me to consider Petu Kummala as a client. I see him as friend and a partner,” Colautti says. “I have known and worked with Petu for more than 10 years and, together with Joe Farcus, Carnival Cruise Line and Costa Crociere, he has helped us optimize the development of our services. His ‘love to develop creative ways to solve problems’ has contributed to a winning collaboration between us in the past as well as in the present.”

For both new build and refurbishing projects, processes are expedited by premanufacturing most elements before they are installed. When that is not possible, hybrid solutions are developed. To create an atrium deck opening, for example, the structure’s skeleton was built on-site and then transported to the factory, where cladding was added before it was returned to
be installed.

Two new ships are being added to the Carnival fleet: the Horizon, which was introduced in March 2017, and the Panorama, which will be launched in late 2019. Both are sister ships to the Carnival Vista and represent what Kummala calls an evolution of features, rather than a revolution. However, one detail that has been worked into one of the newly designed areas is the ship’s structural columns. Usually hidden from view, they have been left exposed and highlighted as eye-catching design features. Both ships also expand the Vista’s very popular Havana cabins, which offer private patios with access to the deck and pool area. A rustic barbecue restaurant has also been introduced, which will complement the existing variety of entertainment, dining environments, and activities that provide appealing choices to everyone from families with young children to teens and older adults.

Two other new ships, known as the XL Project, are also being designed and constructed. They will be Carnival’s largest and are expected to launch in 2020 and 2022. In a nod to the trend for green solutions, they will be powered by liquid natural gas instead of diesel.

As he continues to combine creative inspiration with technical innovations, such as LED lights that require less power and a fraction of the space of traditional fixtures, Kummala is guided by a very personal philosophy.

“If I can give passengers something new to discover every day, I’ve created a successful design,” he says. “It might be something subtle that they enjoy the day before they leave, but that’s very rewarding.”

He points to the adults-only Serenity Retreat, which is tucked away on the top deck, as an example.

“You don’t get to the Serenity area by accident,” Kummala says. “But if adults want some quiet time, they’re going to feel like they’ve found heaven.” 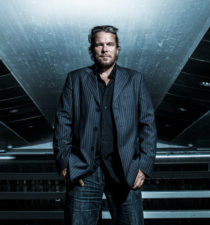 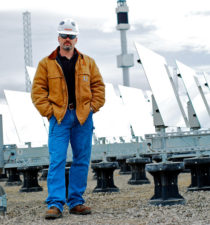 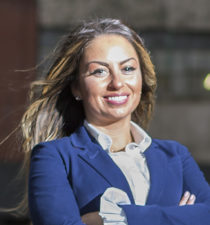 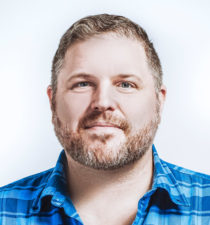